Films to see at VIFF on Days 6 & 7: Wednesday and Thursday 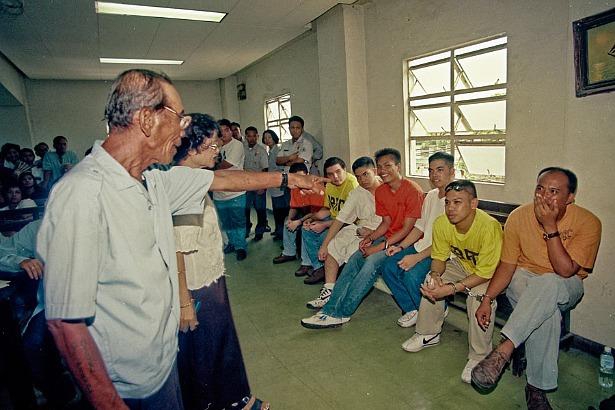 A shocking miscarriage of justice is exposed in Give Up Tomorrow, possibly the strongest film this year at VIFF.

Days 6 and 7 at the Vancouver International Film Festival bring the usual mix of dramas, documentaries, and buzz films but I’m going to start with a truly incendiary piece of journalism. It got standing ovations and a major award at the Tribeca Film Festival and hopes to free a wrongly convicted man from prison.

No One Killed Jessica

GIVE UP TOMORROW: Who needs fiction when real life stories as amazing and shocking as this can happen? It's a miscarriage of justice that happened in the Phillipines to a 19-year-old student named Paco Larranaga.

He and six other young men were convicted of the rape and murder of two young girls. That can happen when a judge refuses to believe the testimony and the photos that placed Paco hundreds of miles away that day; sends his lawyers to jail and disregards suspicions about police and the underworld. Oh, and he fell asleep a few times during the trial. This case didn’t stay quiet though. Amnesty International, the United Nations and the government of Spain got involved. Celebrities like Yoko Ono have joined a Free Paco campaign while the dead girls’ mother used political connections to fire up an execute-Paco media storm. This passionate film and where the case stands right now will remind you more than a little of the case of the West Memphis Three. But those men are now free. (Thursday, Friday and next Thurs).

IMAMS GO TO SCHOOL: If you're at all following the arguments in France about Muslims, the veil and religious rights, you're going to be fascinated by this film, especially by its ironies. It seems France wants to ensure that the imams who preach in the mosques there understand they're in a secular country. It's been so by law since the French Revolution and reaffirmed in another law in 1905. That history is now taught to trainee imams at the Catholic Institute of Paris, the only school willing to create the program after a politician suggested it. The imams also get everyday advice (hold the naive idealism because not everything is bright and beautiful), courtesy reminders (don't wear religious symbols) and hot button practical tips (how to shake hands, which is likely to be seen as a cultural insult by many Muslims). We see several instructors blithely dishing out these lessons, but little of how the imams take them. The biggest irony is visting a memorial to priests who were murdered in Algeria, a story that was seen in a VIFF film last year. (Also screens Saturday)

NO ONE KILLED JESSICA:  That’s what the court in India said, but we saw it happen at the beginning of the film and who did it. A politician’s son demanded another drink in a club after closing time. He shot the woman who refused to serve him and got off because witnesses were bribed to stay quiet. The story is a part-fiction/part-fact version of an infamous real case, the murder of a young model named Jessica Lal in a New Delhi restaurant.

A public backlash emerged, fueled in this movie by a crusading journalist who couldn’t care about the case originally and then, shocked by the court’s verdict, has to defy his male boss to dig into it. She’s played by one of Indian cinema’s biggest stars, Rani Mukherjee. No singing and dancing here, just a tough performance in a muckraking film about powerful people and a legal system that kowtows to them. Or did. Some strong courtroom scenes and a fake movie audition blows this outrage wide open. (Also Oct 10 and 13)