McCabe and Mrs. Miller returns. The Illusionist, The Mechanic, Casino Jack, The Company Men and The Rite 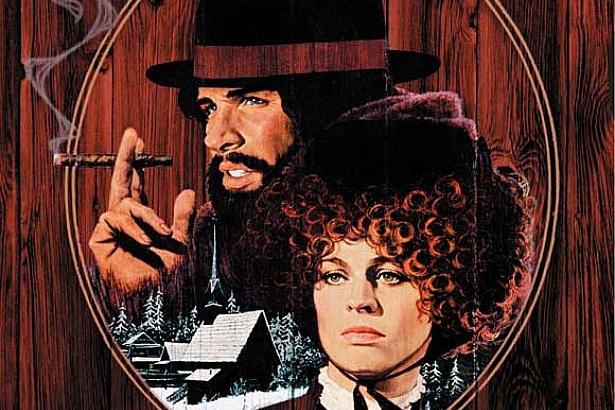 Warren Beatty and Julie Christie lit up Vancouver and Cypress Mountain almost 40 years ago in McCabe and Mrs. Miller

Several worthy films tackle important themes among this week’s newcomers. But one old film has a special place in Vancouver’s history. It tops my list.

McCABE & MRS. MILLER: No, it’s not new. It played in Vancouver in 1972 and has been brought back by the VanCity Theatre as its own contribution to Vancouver’s 125th anniversary celebrations. It’s been called a key film of the 1970s and one of Robert Altman’s best. But for us, there’s more. When you hear about Tom Cruise, Robert Pattinson and Kristen Stewart coming here to make films, you can easily make the case that McCabe and Mrs. Miller started our Hollywood North adventure.

Altman brought two of the movies' hottest stars of the time, Warren Beatty and Julie Christie, to Cypress Mountain to a freshly built gold-rush era village called Presbyterian Church to act out a tale of small versus big business, vindictive religion and thorny love.

Beatty plays McCabe the gambler who sets up a casino and brothel and enlists Christie, the opium-smoking and more business-smart Mrs. Miller, as a partner. They run afoul of a mining company, which is just as topical today as when the film was made and the time in which it was set. There’s an elegiac and moody tone set by the changeable weather and underlined by several of Leonard Cohen’s dreamy songs. To me, that tone perfectly captured the relaxed and graceful Vancouver of the time. Beatty and Christie are wonderful. Several local actors and many craftspeople got a career boost in the film. Since it was a hit, both with the critics and with the box office, Vancouver got bigger on Hollywood’s radar.  And hey, James Franco was just here making a movie, wasn’t he?  (4½ out of 5)

Also at the VanCity this week...

BREATHLESS: This ultra-violent item from South Korea may just be what the term “han” is all about. Apparently, people there use the word to refer to an unease that many feel and can’t explain. In extreme cases it leads to violence.

Yang Ik-June directs and stars as an enforcer for a loan shark, collecting debts, breaking up student demonstrations and now and then beating up guys who hit their girlfriends, as well as the girl for taking the beating. He’s surly and inexplicably volatile. Along with the violence, there’s foul language that starts with the very first sentence and rarely lets up. It actually doubles when Yang meets an equally foul-mouthed schoolgirl who stands up to him. There’s a serious subtext here. The film is really about domestic violence and how it seeps down through the generations to produce these characters. The intricate plot unspools with a casual lightness and has won major awards at home and at several festivals. (3½ out of 5)

THE ILLUSIONIST: The least-known of this year’s Oscar nominees for animated features carries more than a little nostalgia. It’s not high-octane like the others. It’s a beautiful film with a simple story rendered in the old hand-drawn style that has been all but displaced by computers.

It’s also a homage to Jacques Tati, the great French comic of the 1950s, who wrote the script but never got to make the film. He’s in it though. The look of his face, his body and movements are copied exactly in the central character. He’s a magician, or illusionist, playing only small shows now that rock and roll and TV have taken the audience away. There’s a gentle melancholy as he carries on with his art, meets a gaggle of other show people and hooks up with a young woman who attaches herself to him like a daughter. (Tati’s script was probably meant as a form of a atonement for a daughter he neglected, another he abandoned, or both). The film is funny and bittersweet, has very little dialogue and moves at a languid pace that fits most of the time, but now and then comes off just as slow. Sylvain Chomet, the French filmmaker, also got an Oscar nomination for his previous film, the livelier Triplets of Belleville, which he made in Montreal. He made and set this new one in Scotland. International Village (3½ out of 5)

CASINO JACK: This film is full of information and a startling background to a little-understood Washington scandal, but for me the big surprise comes right at the end credits when the Government of Canada logo scrolls up.

Whether through tax credits or Telefilm, Ottawa money helped get it made. Not unusual, no, but this film includes a damning blast at the American political system. The lawmakers  in Congress are “sleepy” and unmotivated, it said. They let lobbyists give them the facts and steer their votes.