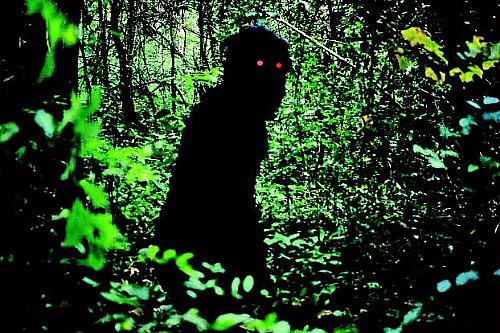 It's a formidable title: Uncle Boonmee Who Can Recall His Past Lives. A surreal stunner, they say, and a big award winner.

Besides the new entries, there are some very good films on this list getting a repeat these next two days.

And take note that The Infidel, that British comedy that was stopped short Saturday night and got a sold out screening Monday, has been booked for two more dates. They are October 9 and 11.

IN THE SHADOWS: Here’s a lean and brisk crime and heist film from Germany that outdoes Ben Affleck’s Boston adventures in The Town.  A criminal named Trojan, who took the fall for a robbery sometime in the past, gets out of prison and wants his share of the loot. A former partner sends two gunmen after him. A broker for hold-up jobs, he calls the “planner”, won’t help and says nobody’s buying his talents right now, as if it’s a formulated market. There is a job for him, though: an armored car robbery which is organized by a woman mob lawyer. We see the job meticulously prepared and then carried out while a crooked cop gets on the trail and sees it all. There’s a healthy dose of cynicism in this film, economical dialogue to get it out and a film noir protagonist and atmosphere. (Also screens Friday)  3 ½ out of 5

INTO ETERNITY: The downside of nuclear power gets an inventive presentation in this Danish documentary about Finland. The problem is nuclear waste, which is inexorably piling up and needs a safe solution because it will stay radioactive for 100,000 years. A private company in Finland is building a massive “burial chamber deep in the bowels of the earth”. It’s a  multi-tunnel storage depot for 1000s of tons of spent uranium. But who knows what life on earth will be like by then, or even just five or ten thousand years from now? Will it be secure forever and how can we warn future generations never to dig there? What kind of signs do you post and in what language? This film asks those questions and more of company and government. The novelty is that the film is shaped like a warning message to future miners that “you should not come here. You should turn around and go back”. It’s a very effective essay. (Also screens Friday and Saturday)  4 out of 5

THE PRINCESS OF MONTPENSIER: I’ve been trying to catch this one because I’ve been hearing good things (and some discouraging words) about it, but no luck yet. Here’s another chance today.

This is a richly colorful, lush even, look back to 16th Century France, a time of religious wars. One soldier (Lambert Wilson) is disillusioned with fighting and becomes a teacher to a young noblewoman (Mélanie Thierry). He soon finds he also has to protect her. Her husband is off at war, she flirts easily and four men are snooping around. Bertrand Tavernier directed.

WAITING FOR SUPERMAN: Davis Guggenheim brought us the Al Gore film, An Inconvenient Truth and will be there in person Monday night to answer questions about his new one. This is his blistering examination of education in the United States. Once again he marshals charts and statistics and makes a convincing case that public education in America is a mess. There are clips of every president from Johnson to today pledging to fix it and lots of evidence that it only gets worse. Guggenheim points to the teachers union as the main problem and charter schools as the solution. Ironically, that has now  made him just as popular with the right in the US as he has been with the left.

But is it relevant to Canada? After all, we have teachers unions and a chart we glimpse in the film a couple of times puts our school system among the best on earth. How come we can make it work and the US can’t? Despite the omissions, this is a very informative film. (Also screens Tuesday) 3 ½ out of 5

13 ASSASSINS: This samurai epic from festival favorite Miike Takashi has been getting raves at festivals in Venice and Toronto. Especially for a mammoth battle sequence that goes on non-stop for three quarters of an hour. Its first screening in this fest sold out.

This is a re-make of a black and white film from 1963. An elite group of samurai are enlisted to topple an evil Lord. They set a series of traps in a mountain village he’ll be passing through but then find they’re outnumbered 15-1. That brings on that huge battle fought with swords, showers of arrows and explosions. At least one writer has gone so far to claim it positions Takashi as a worthy successor to the pre-eminent director of samurai films, Akira Kurosawa.