Steve Carell and Tina Fey have a date night, Vancouver and Ireland join into a shine of rainbows and Beethoven is found, all at the movies 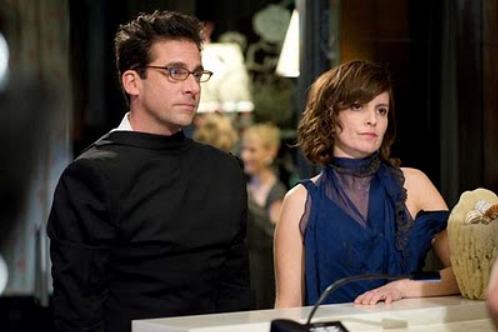 Steve Carell and Tina Fey have a big night on the town. Elsewhere some favorites from the Vancouver International Film Festival are back, including a young boy in Ireland with growing pains and a super-competitive Beethoven. And finally, Tinseltown brings in three little-known titles with hardly any fanfare.

DATE NIGHT: Two of the funniest people on television are teamed up here and while it doesn’t add up to twice as funny, this film is quite entertaining. Steve Carell and Tina Fey work together beautifully blending his deadpan and her bubbly style as “just a boring married couple from New Jersey” who do a small wild thing one memorable night. They take a no-show couple’s reservation at a trendy New York restaurant. Long before coffee and dessert, two hoods arrive, take them outside and demand they hand over a flash drive. Mistaken identity, yes. But the hoods are also cops, on assignment this night for a local crime boss (Ray Liotta). Regular police arrive too and the chase is on. Steve and Tina have to elevate their antics to break and enter, a wild car chase and a duet pole dance in a sleazy club just to stay ahead. Their best hope is to find the couple they originally impersonated. They may know what’s going on. There are a few twists along the way but not much you haven’t expected. As a comedy it’s agile, not witty per se but offering up a good batch of funny lines. (The best one is in the outtakes stuck into the closing credits. There are more attached to the very end.) (5th Avenue, Oakridge, Scotiabank and other area theatres). 3 out of 5

A SHINE OF RAINBOWS: The is an old-style family film and I mean that in a good way. It dares to be heartwarming, gentle and sincere, optimistic even, and still face up to tragedy. And it features a remarkable performance by a new young actor, John Bell, as a shy and bullied orphan who has to learn to grow out of his shell. He comes under the spell of a cheery full-of-life woman (Connie Nielsen) who adopts him and brings him to an island off the coast of Ireland. Her husband (Aidan Quinn) is a grumpy obstacle. (A bit too much, actually). He wanted a boy with “the makings of a man in him” not this “runt of the litter.”  Some local magic, a second orphan (a baby seal), a scary visit inside a bat cave, burst of anger and grief, all figure in the boy’s progress.

Yes, it’s precious at times and offers few surprises, but it’s well done and delivers real emotions. It’s from a Scottish novel, is now set in Ireland and  was filmed there, but has several Vancouver connections. Dennis Foon co-wrote the screenplay. He knows a bit about children in drama. He started and ran Green Thumb Theatre for many years. And Vic Sarin, the director, lives here. Since he’s also the cinematographer,  the film has many postcard-worthy images. The film was the opener at last year’s festival. (Tinseltown)  3 out of 5.

CAPTAIN ABU RAED: Here’s something new – to us. It’s a film from Jordan. The first ever sent world-wide from there and it took a long time to really get here. It was shown at VIFF back in 2008 and was a close runner up for most popular film. And no wonder. It’s a real charmer. Abu Raed is a janitor at the Amman airport. When he finds a discarded pilot’s hat and wears it home,  neighborhood kids think he really flies planes and want to hear about his adventures. He tells stories he learned from books and from real travelers.