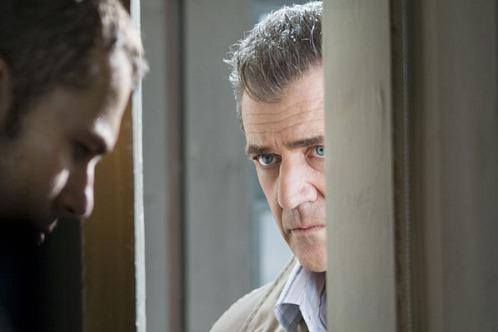 Mel Gibson is looking for redemption. He may even have dreams of bumping Avatar out of #1. We’ll have to wait and see what the people say. Meanwhile, we can travel the movies to Russia, Rome, Romania and Winnipeg. Or check out a couple of short festivals.

EDGE OF DARKNESS: Has Mel Gibson been forgiven for that drunken anti-semitic outburst four years ago? A Jewish group in Toronto says, "No. Boycott this movie." On the other hand, that was a big crowd at the Vancouver promotional screening the other night. So, while we wait for a definite answer, we have the film to consider. This is yet another US remake of a British TV series and as often happens something has been lost. The story is nicely complex. Gibson is a Boston cop investigating who shot his daughter right on his doorstep. The trail leads to a nuclear munitions plant where she worked, illegal government projects, shady security agents and a protest group. The Brits are good at dreaming up these political-intrigue scenarios. This version starts well, slows down but then brings out the guns and switches into a simple revenge thriller. It’s glossy and stylish and Gibson plays bitter very well, although some sappy fantasy scenes break the mood. Ray Winstone is consistently super as a security fixer with a philosophical bent. And how did the writers know the future? The Massachusetts senator in this film is a Republican.

THE LAST STATION: Last week we watched Charles Darwin and his wife arguing. This week, we get Leo Tolstoy and his wife Sofya taking a turn. But they quarrel with much more spirit and enough vitriol to move the most famous writer of his time to escape. His last days at a train station became an early celebrity event. Reporters and newsreel cameras staked it out on the platform. Crowds of ordinary people stood by. Two fine actors bring all this to life, Christopher Plummer as Tolstoy, and Helen Mirren, as his wife. Despite a brief spell of scenery chewing, she deserves awards for her performance as a dutiful but feisty and money-conscious wife of the anti-materialist writer she calls “Count Generosity”. She wants his children to inherit his works; he’s under pressure to assign them to the communal movement he founded. The film delights in putting all the scheming before us.

James McAvoy plays a newly-arrived assistant who watches both the dispute and the domestic drama play out with a nice combination of awe and bemusement. The film too is often light and funny, and, with two sex scenes, it's not at all scholarly. (5th Avenue Cinemas)  4 out of 5

HIGH LIFE: This is a Canadian film that I can happily recommend. It’s very funny, quirky and briskly paced, but it’s still not for everybody. It’s kind of grubby, a tale of hapless drug addicts trying to rob a bank in Winnipeg. “We can stop scrounging. We can get a little self-respect,” one says. Actually,  it’s an ATM machine. The year is 1983 and they’ve just come into use. Timothy Olyphant figures out how to steal one.

You can tell he’s smart because he only uses morphine, “the drug of choice of the intelligent addict”. His gang of four includes a greasy and violent sociopath, a fearful friend and a clean-cut newcomer (Rossif Sutherland) notable as the only one who’s never been in jail. That, of course, is enough to turn the greaseball against him immediately. The script (originally a play and now widely opened up visually) nicely defines the differences among these characters and sets up their inevitable clashes. The heist is tense, the aftermath is strange but the film is worth seeing. (Tinseltown)  3 ½ out of 5