Crazy Heart is the One To See...Eli, A Spy, and Those Lovely Bones Can Wait 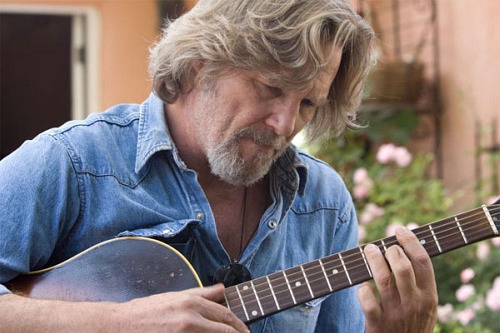 A great performance by Jeff Bridges leads this week’s new movies while Denzel Washington gets both religious and violent, Jackie Chan looks after the kids and Peter Jackson takes a misstep.

CRAZY HEART: It doesn’t matter if you like country music or not, you have to see this film. Jeff Bridges turns in a remarkable performance as a singer who used to be somebody. He’s now a train-wreck, laid low by his drinking and reduced to playing for aging fans in bowling alleys. He gets a chance to turn his life around when he eases into a sweet romance with a single-mother journalist (Maggie Gyllenhaal).

As a quest-for-redemption story it’s standard stuff. It gives no reasons for his problems and resolves too easily. But it works because the world it’s set in is created with absolute authenticity. The filmmakers know the music business. They get the details right,  from the obvious (a sound check argument) to the very obscure (a guitar strap worn backwards so his name is always before the pickup band). All that enables the characters to come alive as real people. (Kris Kristofferson said it felt like his own life on the screen, although many others could also say that). Jeff Bridges is bound to get a fifth Academy Awards nomination for his easy natural performance, which includes singing. Also look for Robert Duvall as a friend  and Colin Farrell as a former protégé and now a megastar. (5th Avenue Cinemas) 4 out of 5

THE BOOK OF ELI: Viggo Mortensen is still out there in at least one theatre, walking a post-apocalytic landscape in The Road. Now, here’s Denzel Washington doing it too, trudging through rubble-strewn towns, fighting off bikers  who roam the countryside scavenging for anything valuable and even, like Viggo, crossing a giant elevated highway interchange.

There’s a difference, though. Denzel is going to opposite way. He’s heading west, carrying a book that Gary Oldman, as a local criminal, like a town boss in some old western, is determined to grab. He feels he can use it to gain power, especially over the “poor and desperate”. No surprise really. It’s a Bible, the only one left after some kind of war. Even with its many religious references, the film is too ludicrous to take seriously, especially when the big weapons come out to shoot up a remote farmhouse. But as an action piece set in a dystopian future, it has some merit. It’s thick with bleak, black and white atmosphere and stylish filmmaking. (Oakridge, Van East and a dozen other area theatres).  2 ½ out of 5

THE LOVELY BONES: Peter Jackson takes the hit novel, compresses it, streamlines it, tosses out more than a few plot points and comes up with a bit of a mess. Conflicting elements bump into each other; the tone changes now and then, and a gut-wrenching story is reduced to a non-mystery to which we already know the solution.

A teenage girl  is murdered and from a colorful and fantastical “in between”, half way to heaven, watches the aftermath playing out on earth. She narrates too, explaining how her murder kept her from experiencing a first kiss. Oddly she’s not annoyed as her father (Mark Wahlberg), the police and a school friend miss or disregard the clear leads to a suspect, ably played by Stanley Tucci. The film has far more time for the investigation going nowhere than the pain within the family. That should be the heart of the story. Here it’s muddled. The father is weak; the mother (Rachel Weisz) leaves for no good reason and an alcoholic grandmother (Susan Sarandon), who comes to help, is merely jarring. On the other hand, Saoirse Ronan, as the murdered teen, is just as good as she was in Atonement. The murder isn’t shown but the lead-up and two later sequences inside the suspect’s house are  gripping. Unfortunately, there are just as many tedious sections in this uneven film. (Tinseltown, The Ridge and many other area theatres). 2 out of 5

THE SPY NEXT DOOR: It’s a recurring joke in the movies. An action hero hunts for some laughs by switching to childcare. Schwarzenegger did it; The Rock is about to and here’s Jackie Chan’s taking a turn.  He’s a retired spy living in suburbia. When a neighbor he’s trying to romance asks him to watch her kids for a day, he’s quick to agree. “I brought down dictators. How tough can three kids be?” he says. You know what’s coming. The kids are supreme brats. They try to sabotage his efforts. What’s more, the spy world hasn’t left him. A gang of Russians come after him for an illegal internet download that’s really code to control the world’s oil. Boris and Natasha are more authentic than these characters. Even nuttier: Billy Ray Cyrus plays his contact at the CIA. There’s nothing real here.

Jackie’s age is now showing too. His stunts, while still energetic, seem like repeats from earlier outings. One fight causes havoc in a mall and two others pretty-well destroy a kitchen and a living room. You may not want them giving your kids new ideas. (Tinseltown, The Dolphin and 11 area Cineplex Theatres. 1 ½ out of 5

CHANCE PE DANCE: Bollywood fans have been waiting for this one and probably won’t mind that the first reviews in India say its only an average movie with a trite plot. The attraction here is color and high energy dancing. A struggling actor in Mumbai is convinced to enter a talent competition to win a role in a big movie. The star, Shahid Kapur, was named India’s most popular male actor last year. He’s also known as the best dancer. The choreography is by an American, Marty Kudelka, known for his work with Justin Timberlake, Janet Jackson and N’Sync. (Grande Surrey theatre)

THE MEMSAHIB: Fascination with India continues in this long-delayed film by the Indian born, US raised director, Kruti Majmudar. She’s better known as an architect. She made this as a labor-of-love and after a few years of festival screenings and collapsed distribution deals, has taken charge herself to get it into theatres.

Emily Hamiton plays a European woman (a memsahib) who marries an Indian rajah (Parvin Dabas) and encounters culture shock and prejudice. That was during the British rule.The same actors appear in a second part set in the present day with a reincarnation theme. The film is mostly in English. Reviews have said it’s colorful but stiff. (Granville Theatre)