Up In the Air, Invictus and The Princess and the Frog Are This Week's Big New Movies 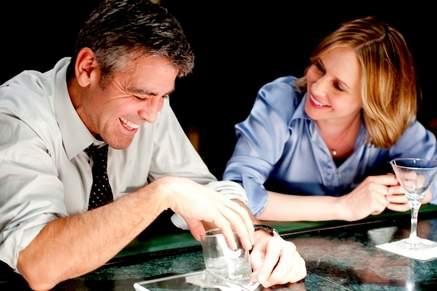 George Clooney and Vera Farmiga in Up In The Air.

UP IN THE AIR: Of course it's going to be nominated for a best picture Oscar. After all, the number of slots has doubled to 10 this year. Plus many critics believe this film is distinctly relevant to our times. Actually it's simply three attractive actors (George Clooney, Vera Farmiga and Anna Kendrick) in a slick, mostly entertaining and sometimes witty romp that also has an annoying callous streak. Clooney's character makes a living travelling around the USA firing people, feeding them a bunch of hogwash that an exciting new phase in their lives awaits. We're supposed to sympathize with him, not because of the terrible job he has to do (in fact, he's proud of his work) but because he's in danger of losing all the airline travel, hotel stays and the one-nighters that he enjoys with another frequent flyer (Farmiga). An aptly-named Ms. Keener is pushing a cheaper way: firing people through a video link on the internet. (It's a star-making role for Anna Kendrick. She had a small part in both Twilight movies). With a few montages of real people who had been fired re-creating their very first reaction, the film seemed to be shaping up as a biting black comedy. Instead, Jason Reitman, who both wrote and directed it, eases up and turns it into a romantic comedy and a pronouncement on the importance of family, neither of them very convincingly. (Scotiabank Theatre)  3 out of 5

Find Showtimes for Up in the Air 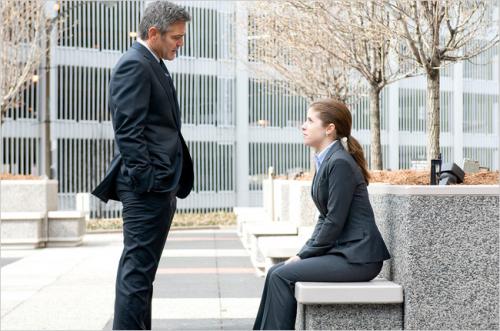 INVICTUS: There's a curious lack of urgency in this film about Nelson Mandala's first days as president of South Africa. But also considerable artistry and inspiration, so don't take what I say as negative. Clint Eastwood does a fine job of re-creating the time in 1995 when apartheid had ended but left behind deep hatreds. Mandela turned to sport to heal the nation. In the book that the story comes from it's an act of desperation. In this film it's just a wise move by a smart politician. A good thing to do. That undercuts some of the impact and makes Mandela (played with quiet authority by Morgan Freeman) rather saintly. He works to get the whole country behind the national rugby team in a world cup tournament. His supporters wanted the team shut down. They were used to cheering against it, as a symbol of white rule. A number of scenes show how hard it proved to be, on both sides, to forgive. They're authentic but mild. Even a visit to Mandala's former prison cell isn't as emotional and powerful as it should be. It's not until the final game against New Zealand that the film really sparks. Matt Damon, by the way, puts on an excellent Afrikaner accent as the South African captain. (5th Avenue, Tinseltown and 9 other theatres). 3 1/2 out of 5 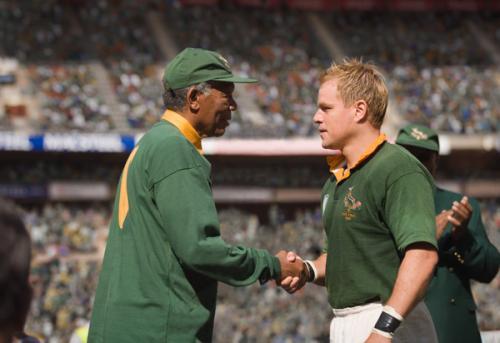 ME AND ORSON WELLES: Zac Efron may bring in the High School Musical crowd. Maybe Claire Danes too. But an actor none of us have ever heard about is the star here, playing a towering cultural figure from the now distant past. Christian McKay simply captures the bluster, the arrogance, the self-possessed confidence of the young Orson Welles. Before he terrified America with his War of the Worlds radio broadcast and astounded Hollywood with Citizen Kane, Welles directed some ground-breaking stage productions in New York. This film centers on the play that made his name, his famous modern-dress Julius Caesar. Zac plays a high school student who accidentally enters his world, gets a small part in the play and is cautioned to never criticize him.