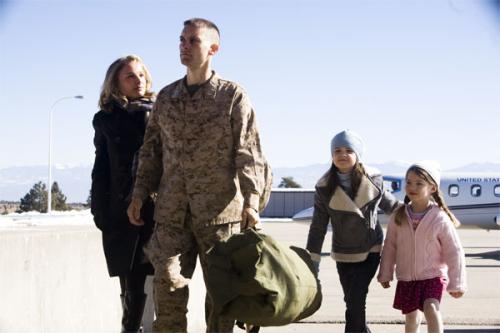 War is big in the movies this week. And also re-makes, both into and out of English. But take a moment to consider a splendid acting turn by Robin Wright Penn.

THE PRIVATE LIVES OF PIPPA LEE: It's a shame that this engaging film is only playing in one theatre. Robin Wright Penn's subtle and varied performance should be seen widely. It makes the entire project worthwhile and patches over some problems in the script. She's a dutiful wife, married to an older man (Alan Arkin), cheerfully keeping his house and putting up with his fears of aging and death. But she's got a history. She was damaged by a narcissistic mother and spent a wild youth, all of which we see in flashbacks. Now that's all coming back, causing her life to unravel and her attentions to swing to a younger man (Keanu Reeves).  Rebecca Miller (yes, Arthur's daughter) adapted her own novel to make this film. She's got a powerful cast of women actors including Maria Bello, Monica Bellucci, Wynona Ryder, Julianne Moore, Shirley Knight and Blake Lively (of TV's Gossip Girl), a few too many marital affairs going on but also a touching tale of a woman trying to find which of her lives is the real one. (Granville) 3 ½ out of 5

Find Showtimes for The Private Lives of Pippa Lee

BROTHERS: Why are American films about the wars in Iraq and Afghanistan only about Americans? This one is directed by an Irishman (Jim Sheridan), is a re-make of a Danish film and is still just about how Americans are affected. Tobey Maguire plays a soldier presumed dead in Afghanistan; Natalie Portman plays his stateside wife and Jake Gyllenhaal his black-sheep brother. When Tobey comes back home with a serious case of post-traumatic stress and learns that Jake has been dropping around to console Natalie, he flips out, moodily retreating at first, then raging loud and violently. These are very good actors and they almost manage to sell the situation. But not quite. An early scene in which Tobey has to commit an atrocity just to survive is so unbelievable that it undercuts much that comes after, especially his over-the-top outbursts. The film was better while he was away. (At theatres all over)  2 1/2 out of 5

RED CLIFF: Hollywood used to do these giant spectacle movies. China seems to be the main source these days. Get set for huge battle scenes with thousands of warriors charging on horseback or going at each other with swords and spears. It's all very colorful and invigorating. In China it's also history. The battle of the Red Cliffs took place in 208 AD and lives on in a classic novel and many comic books and videogames. Action specialist John Woo marshals the forces in this film version like a man who likes to play with toy soldiers. It's somewhat obscure in the early going but gradually the story emerges. To unite a kingdom, an ambitious Prime Minister needs to defeat two warlords. They fight back with a series of trick moves and meet him in a naval battle for a final showdown. Tony Leung, as a war hero, is the main star in this exciting historical pageant. (Tinseltown and Riverport)  3 out of 5 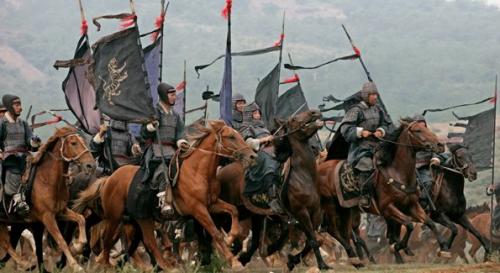