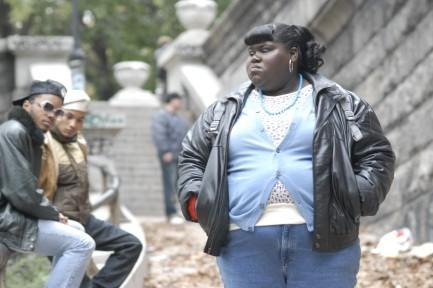 PRECIOUS: Sapphire’s 1996 novel Push becomes this season’s must see movie. Be careful though. Although it won big awards in Toronto and at Sundance and is bound to get multiple Oscar nominations, it’s unrelentingly grim; a harrowing experience. The filmmakers have put as many grotesque scenes as they could in here to depict the almost hopeless environment that Precious lives in. She’s an obese, illiterate teenager, sexually abused by her father and verbally abused by her lazy, angry mother who at one point shouts: “I shoulda aborted your m----f----n’ ass.” It sounds unreal but social workers and even Oprah have praised it as authentic. Precious flees into a series of dream fantasies and then gets a chance for genuine escape through education. We’re treated to both the first signs of her growth out of self-loathing and a stunning showdown with her mother. With that role, Mo'Nique, previously known mostly for hysterical, yelling comedy, immediately joins the top level of movie mothers from hell. Credit director Lee Daniels for coaxing that performance out of her. He also turned Mariah Carey into a tough social worker, newcomer Gabourey Sidibe into a poignant survivor and delivered an excellent film.  (5th Avenue, Tinseltown and Coquitlam) 4 out of 5 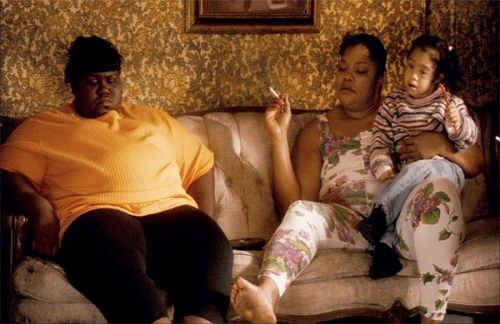 FANTASTIC MR. FOX: This is a wonderful animated film but don’t take the younger kids. It’s too sophisticated for them. The low-key dialogue and intellectual humor will go right over their heads. But it’ll delight you. This is a perfect melding of two quirky minds: Roald Dahl, known for a breezy, glib irony in his short stories, and Wes Anderson, whose films like Rushmore dabble in eccentric characters. Here it adds up to a charming, whimsical and hip tale of a fox with a mid-life crisis. Settled down in a new home, with a wife, a son and a career as a journalist, he realizes he’s still a wild animal and can’t resist the lure of the chicken farm up the hill. One raid turns into three, provokes three angry farmers to fight back and brings on a battle that grows to epic size. The film adds to the original story with a new ending, new characters and many funny bits along the way. George Clooney and Meryl Streep head up the big-name voice cast. (At theatres all over)  4 out of 5 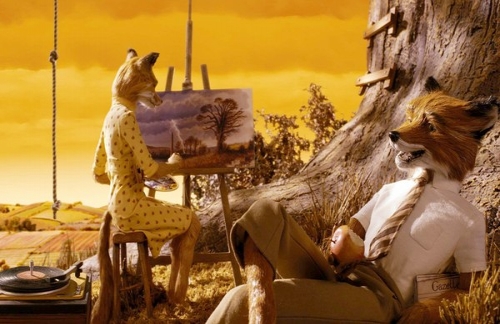 THE ROAD: Back to the grim side. Here we have almost two hours of Viggo Mortensen trudging through scenes of devastation after some unspecified catastrophe. Trees are uprooted. Buildings are spilling out drywall. The entire horizon is on fire in one striking sequence. Those visuals are astounding. Too bad the movie isn’t. Viggo and a son (played with fine natural innocence by Kodi Smit-McPhee) are heading to the coast. They mutter a lot about “are we good guys” and what would drive them to suicide. Both questions come up repeatedly as their good intentions and something they call “the fire within” are seriously tested. They encounter cannibals hunting for food, a whimpering thief, an old man spouting philosophy. Viggo has dreams about his wife (Charlize Theron) who long ago walked away into the dark. Maybe its an allegory about despair. It’s not clear from the film why Cormac McCarthy won a Pulitzer Prize for the novel it’s based on. He’s known for his prose. The film only has the story. (Tinseltown and three suburban theatres) 2 ½ out of 5

Find Showtimes for The Road 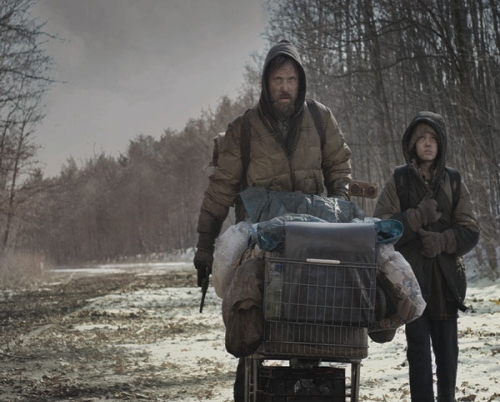