The New Movies in Vancouver for Oct 23 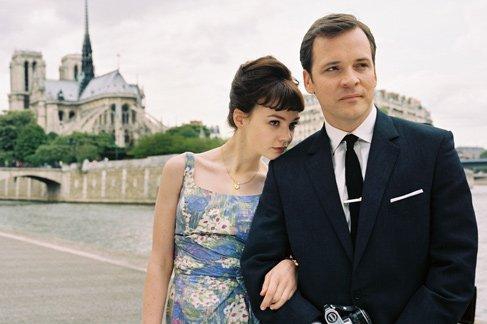 There are 10 movies worth discussing this week, including some early Halloween scares (we'll get to those later) and several portraits of willful women to get us started.

AN EDUCATION: If there's anything wrong with this wonderful film it might be this. How could a smart young woman not suspect there's something amiss with the older man courting her? He's twice her age, enjoys a luxurious lifestyle and seems to be involved in something sneaky to earn his money. For a teenager in suburban London in the early 60s, he's a quick ticket to a glamorous adult world. Her rise and inevitable fall is rendered with sympathy, understanding and a sparkling light touch in this script by Nick Hornby and the immensely likeable performances by newcomer Carey Mulligan and as her suitor, Peter Sarsgaard. He even manages to sway her skeptical father (Alfred Molina) by fueling his ambitious side and her mother (with a kiss on the hand). Words of caution at school (from Emma Thompson) don't make a difference. The film is funny, poignant and entertaining on the subject of growing up and the lessons you learn the hard way.
(5th Avenue Cinemas) Rating: 4 out of 5

THE SEPTEMBER ISSUE: Anna Wintour, the powerful editor of Vogue magazine, has a fierce reputation. You won't see any of it here, though. One colleague compares her to the Pope. Another says she's not accessible to people she doesn't need to be accessible to. That's as critical as folks get. This is a respectful look at a woman executive with a clear vision of what she wants in her magazine and firmly but quietly insists on getting it. The film follows her and her staff through five months as they prepare the most important issue of the year, 2007 in this case. Wintour visits designers (including Jean Paul Gaultier and Oscar de la Renta), checks out the latest fashions and presides over meetings. She sulks at times and dumps pictures and even $50,000 photo shoots at will. Her observations about her world are shallow while her second in command, an ex-model, also from the UK, is far more talkative and thoughtful. This is a breezy film with bouncy music, quick editing and not a great deal of insight.
(Tinseltown)  2 ½ out of 5

COCO AVANT CHANEL: More fashion industry? Not really. "Avant" means "before". Yes, Chanel created the little black dress and liberated women from corsets and other restrictions. But we see only embryonic early signs of that. The main thread here is a woman doing what she has to do to get ahead. She was raised in a convent and later earned a living both as a seamstress and as a singer in a tavern (her nickname "Coco" comes from one of her songs). No wonder she moved in with a wealthy horse breeder as soon as she was asked and dumped him when someone better, a charming Englishman, came courting. Audrey Tautou (the erstwhile Amelie) is charming in the early going but a little too soft to really convey the single-minded ambition that takes hold later on. That and a leisurely pace restrain this beautiful looking film. Its highlight is a brief scene at the end, looking far into the future, when Chanel had built a major fashion empire. She's sitting on a spiral staircase, as models walk down with their reflections playing in multiple mirrors. It's flashy but just a hint of where it would all lead.
(5th Avenue) (2 1/2 out of 5)

AMELIA: The distributor cancelled a planned media preview here in Vancouver. That's not a good sign. Hilary Swank stars as Amelia Earhart which should be a perfect match, a courageous actor playing a pioneering woman aviator. She was the first woman to fly solo across the Atlantic, became a major celebrity and disappeared in 1937 trying to fly around the world. She married George Putnam, the publisher (Richard Gere) and had an affair with another flyer, Gene Vidal (Ewan McGregor), who's son, Gore, became a famous writer. There's a lot there for a strong portrait of an unconventional woman. American reviews say it's a stiff film full of turgid speeches.
(5th Avenue, Tinseltown and several other theatres)