My VIFF Picks For Day 11 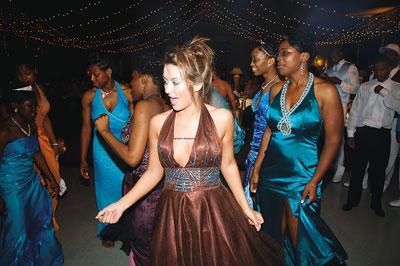 Race relations in Mississippi or in a French prison. You choose? Or how about a tough look at the Alberta tar sands.

They’re on my list of recommendations for today at the Vancouver International Film Festival.

These are others too, for now and the next few days. Please check back now and then. The list changes every day as titles that finish their run drop off and others debut.


PROM NIGHT IN MISSISSIPPI: Not long before Obama came to office, there was a small test of American racial attitudes in the small town of Charleston. This  absorbing documentary by Paul Saltzman from Toronto shows how it played out. Or much of it anyway. The local high school held its first ever integrated senior prom, after Morgan Freeman, the actor and local resident, offered to pay for it. He’s seen addressing both school officials and the senior class. The students are  interviewed as they prepare for the big night and offer up idealism, rebellion and sometimes apology: “My parents are racist but I love them”. The opposition is heard mostly in second hand comments. The film’s last section is the dance itself, lively, rockin’ but probably just a first step.
(Also Day 13)


A PROPHET: This French film won the second-level prize at Cannes this summer. Some say it should have won the top one. I can now see why. It’s an expertly-constructed prison drama that keeps you following several twists and chapters in the story of a young Arab who’s locked up and then coerced into working for an inmate crime boss. He has to kill and do other jobs for the guy, who becomes something of a stern, tyrannical father figure. The film spins levels of symbolism along with it’s stark reality. The boss is Corsican, and after his followers are sent home (a plot point based on an actual Nicolas Sarkozy initiative, he feels threatened by the many Muslim inmates. Those are only a few of the multiple story threads in this spellbinding film. It’s meant only to entertain, and does, while also showing how criminals learn their craft behind bars.

CEDAR BOYS: Here’s an effective thriller from Australia about young immigrants turning criminal. Three Lebanese youths in Sydney grab a drug dealer’s hidden stash of ecstasy pills and make a typical mistake.  They start selling them to finance the cars and things they want to buy, including an expensive appeal for a jailed brother. A pack of gangsters is soon on their trail. There are several surprising twists, though, in this tense and tough film. (Also Day 14)


H2Oil: As the Alberta tar sands become more and more controversial, this backgrounder will help explain many of the issues. The situation, as depicted here, looks almost as grim as Ecuador or the  Niger Delta. The impact of the tar sands development is told from several locations and through the stories of a number of people. Natives in the Lake Athabasca region are finding high arsenic levels in their moose meat, fish with cysts and rising cancer rates in their people. A local doctor raises an alarm but is slapped down. The premier warns against “silk-suited environmentalists”. It’s a worrying picture. (Also Day 12)


A couple of others debuting tonight ….

BROKEN EMBRACES: Penelope Cruz in a film by Pedro Almodovar. What more needs to be said? Well, maybe that its drawn both praise and bewilderment. Cruz plays an actress with a sugar daddy she’s trying to dump. Film noir elements drift in and out. (Also Day 13)

I KILLED MY MOTHER: A multiple-win at Cannes was a huge surprise for this film. The director, Xavier Dolan, is only 20-years-old, from Quebec and  enjoying accolades for this, his first film. At Cannes it got a standing ovation.  A just-come-out teenager’s love-hate relationship with his mother escalates over her guilt trips. (Also Day 15)