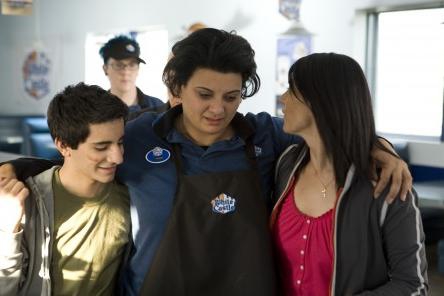 A new film by Francis Ford Coppola finally arrives here today, thanks to the Vancouver International Film Festival. It's a meditation on art and family, a theme you'll find echoing all around today's list.

Here are my best suggestions for now and the next few days. I've seen all but Tetro.

Several have their final screening today so please check back now and then. The list changes every day as titles that finish their run drop off and others debut.

AMREEKA: This could have been a plaintive or bitter screed about immigrants beset by racism, ignorant slights or discrimination. It has all those but finds a way through them with humanity and humor. A Palestinian mother and her teenage son end up in the American Midwest, where the only job for her is in a burger joint and he finds that in high school a name like Fadi is a liability.

It's a charming film that compiles an accurate picture out of small episodes. A fight for him, a money crisis for her. Things that actually happen to immigrants, some of them to the director herself. She's an American but her parents came from Palestine. (Also Day 16)

TETRO: Francis Ford Coppola is making movies again, not just wine. This is the second in his return and should be interesting. He wrote and financed it and told an English magazine it's his most beautiful film and a “personal project”. That's probably because there are parallels to his own life. A man arrives in Buenos Aires and looks up his novelist brother (Vincent Gallo) to ask why he's stopped writing. Some stories he wrote in code may hold the key. The film is mostly in black and white. (Also Day 10)

PRECIOUS: Another chance to see the film that Toronto fans voted the best, that has Oprah as a producer and continues to get huge praise from all quarters. It deserves it all but mind what you're getting here. This is a gritty, bleak, uncomfortably real story about an abused teenager trying to rise above the wasted ghetto life she lives in. She's obese, illiterate and probably never heard of self-esteem. A special school may be able to help her if she can adjust to it and also break away from her angry and lazy mother. Newcomer Gabourey Sidibe, and Mo'Nique as mother, Paula Patton as a patient teacher and Mariah Carey as a social worker all do terrific acting.

BREATHLESS: The foul language starts with the very first sentence and rarely lets up in this South Korean film. If you can take that, you'll get a fast moving tale of a violent enforcer for a loan shark, an equally foul-mouth high school girl and a serious subtext. The film is really about domestic violence, showing clearly and brutally how it seeps down through the generations and produces these characters. It claims the problem is especially acute in Korea. The film was a major award winner there. The plot is intricate but unspools with a casual lightness.

COLE: This is the fourth year in a row that local director Carl Bessai has had a film at VIFF.

As usual it's well-made, competently-acted and shows off BC beautifully (he's also the cinematographer). It's doesn't match the emotional power though, of Mothers and Daughters, his award winner from last year. And one incident goes right off the credibility scale. Cole (played by Richard de Klerk) lives in Lytton with his sister and her abusive boyfriend. He wants out. His ticket is a creative writing class at UBC where he also meets and falls for a young woman from West Van (Kandyse McClure). Those small town vs city and low class vs high themes are familiar, and rather obvious, but they work, at least until the boyfriend gets going.

THE GREAT CONTEMPORARY ART BUBBLE: An excellent documentary on a particular side issue to the financial meltdown. When the stock market tanked, investors jumped into buying and selling modern art. This film shows the euphoria and the dirty secrets. Auction houses, galleries and promoters connived to boost prices. Film critic Ben Lewis, who made this film, saw a bubble forming and helped burst it. He explains it all, and shows a great deal of it, to entertaining effect.

WE LIVE IN PUBLIC: Here's an oddly intriguing one. It's a documentary about one of the folks who shaped the internet and then got into some very bizarre stuff. Josh Harris created internet TV back in the 1990s, took his money and, with “Gilligan's Island” as inspiration, set up an experiment. He invited 100 people into an underground bunker in New York City to live without privacy, under 24-hour surveillance. They willingly put every part of their life on camera. The film claims there's great meaning there. (Also Day 14)

SWEET CRUDE: This film will remind you why some people boycott Shell. In Nigeria's Niger Delta, a people's movement has been fighting that oil company, and others, for over 10 years. As one speaker says, “It's a time bomb.” Some very articulate activists show off  poor villages and polluted rivers to explain their demands. Others, fed up with talk that doesn't produce anything, are into sabotage and kidnapping, which spikes oil prices and brings on retaliatory killings by the national army. This tough, thorough and passionate film is by a Seattle documentary maker who gets quite a bit more involved than journalists usually do. (Also Day 13)

Who Do You Love

I Killed my Mother 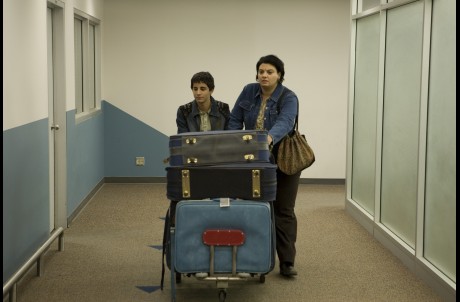 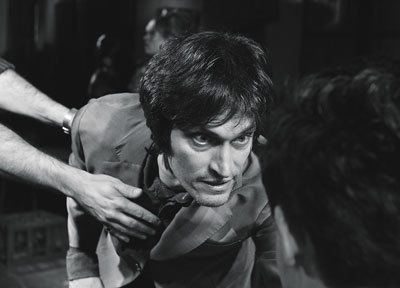 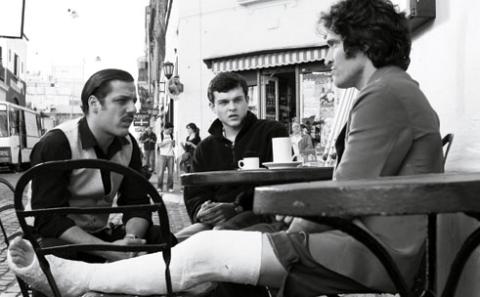