My VIFF Picks for Day 6 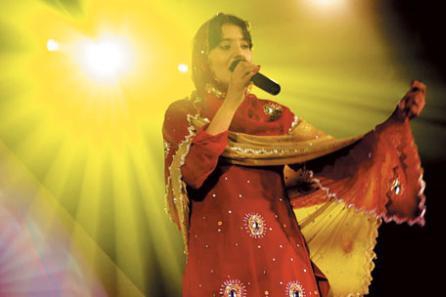 These are my best suggestions for now and the next few days. I've seen them and recommend them.

And check back now and then. The list will change each day as titles that finish their run drop off and others debut.

AFGHAN STAR: All we ever hear about is roadside bombs, tainted elections and “send more troops”. This enjoyable documentary shows that life also goes on in Afghanistan. A sort of national mania develops when a TV station airs a talent search, much like the Idol shows we know. With a few differences. Voters are pressed for their support with posters, megaphones and speeches, just like in an election. And contestants, specifically the women, better behave. One was called a whore and drew death threats and official denunciation. Still, with visits to several cities and ethnic groups, the film shows a country functioning and, however briefly, united. (Also Day 15)

THE SEPTEMBER ISSUE: The single VIFF screening of this documentary will be full tonight but the notorious “Nuclear” Wintour won't be up there on the screen. She's the editor of Vogue with the ferocious reputation. Her alter ego Anna will preside. The film shows her as a good leader, not a tyrant, directing her staff through the five months it takes to prepare the biggest issue of the year, confident she knows what she wants and saying it clearly and quietly. It's an authorized portrait. Bouncy music, quick editing and a bunch of designer cameos brighten it up for folks interested in fashion or magazine publishing.

WILL NOT STOP THERE: It's a real joy at the festival when you happen upon a discovery like this. It's from Serbia-Croatia and immensely entertaining. It sets up a mystery, flashes around in time to explain it and along the way gives us a picture of life just a few years after a war. A former soldier catches a glimpse of a porn film and for reasons that are only later revealed sets out to find the female star. On the way he stirs up a bunch of gangsters, some raw memories from his past (in perfectly-handled flashbacks) and a probable love connection. It's a good yarn strong on mood as well as bits of dry, goofy humor. (Also Day 10)

THE MOST DANGEROUS MAN IN AMERICA shows how Daniel Ellsberg came to release the Pentagon Papers to the New York Times. They helped end the Viet Nam War, brought on a key press-freedom ruling from the U.S. Supreme Court and led Richard Nixon's presidency to self-destruct. Amazing clips from Walter Cronkite to Dick Cavett re-create the era, while some nasty bits from the Nixon tapes add background. Ellsberg recalls it all today with a bit of disappointment amidst the triumph. A must see for people who lived through the time or want to learn about it.

WE ALL FALL DOWN: This may be the best of the several films at the festival about the economic meltdown we still find ourselves in. It does the best job explaining what actually happened by introducing a key concept: "securitization". Understand that, and you won't be waylaid by "derivatives" and "insurance swaps". There are also foreclosure scenes and then, something new: how the foreclosures also hurt the rest of the neighborhood as property values drop for everybody. (Also on Day 12).

MOTHER: Bound to be one of the hits in the festival, this is the new one from South Korea's Bong Joon-Ho. He wowed us two years ago with The Host about a pollution-spawned sea monster. This time he's in Hitchcock mode with a mother's quest to clear her son of murder charges. The film is laced with irony, eccentric elements and humor. But also style, atmosphere and a narrative drive that builds to an unexpected ending. (Also Day 12).

WRITTEN BY: A lively tale from Hong Kong made all the more fascinating because it breaks most every story telling rule. It doesn't even seem to follow any. Get this. A woman who, along with her mother, survived a car crash that killed her dad, writes a novel in which the reverse happens. They die and dad lives. He then writes a novel in which he reverses things again. Things turn around again and again as they all try to cheat Meng Por, the Chinese god of death. It's a glossy and enjoyable fantasy about memory if you can just go with the flow. (Also Day 12).

1428: Only days after last year's devastating earthquake in China, the people who made this film were there. They captured moving scenes of survival as well as looting and stage-managed official visits. And they took the story further through a harsh winter to inept re-building schemes and even ghoulish forays by souvenir hunters. Many of these scenes did not get shown on official TV in China. (Also Day 7)

IT MIGHT GET LOUD: A guitar summit of Jimmy Page, The Edge and Jack White is more about individual story telling than blending as a band. Page is the best at it even if his anecdotes have been heard before. White complains about making music too easy and the Edge shows off a lot of technology. They also jam a while. (Also Day 8).

IN SEARCH OF BEETHOVEN: Like last year's In Search of Mozart, lots of music and excited talk by people who make it illuminate the life and art of a genius. With over 60 short excerpts from the whole range of Ludvig van's immense creative output. Said to be nighly entertaining and informative. (Also Day 14).

Around the World With Joseph Stiglitz