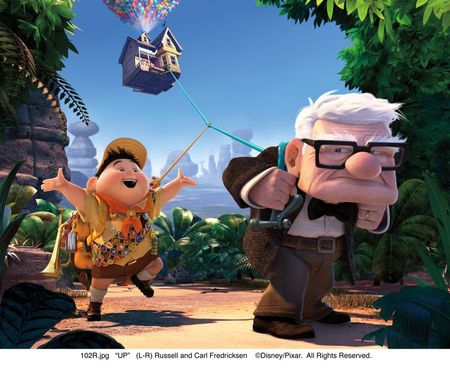 UP: This may turn out to be the best film of the summer. It certainly has the widest appeal, from young children to the “elderly,” as the central character is labeled. Edward Asner is the voice of a cranky widower who takes off on a flying adventure to South America. He escapes from some big city developers by using balloons to take his house aloft. That alone will delight the kids but there’s lots of humor, action and awe-inspiring animation to come. A chatty 8-year-old boy scout is along as a stowaway while talking dogs, a rare bird and a spiteful disgraced naturalist (voiced by Christopher Plummer) lead to an exciting, even frantic, escapade. Park your cynicism, though.
The film is just as busy pushing themes of love, marriage and respect. It’s the latest from Pixar (“WALL-E” was their most recent) and there’s no need to spend the extra $3 to see it in 3-D. The effect doesn’t add much to an already entertaining movie. (Playing at theatres all over).

EVERY LITTLE STEP: Here’s one for musical theatre buffs or anyone who’s ever auditioned or applied for anything. It nicely captures the aspiration cum desire you feel when you’ve got your sights on a prize job. Here we watch a group of dancers and singers try out for the recent revival of one of Broadway’s longest running shows, “A Chorus Line”, which, of course, was itself about trying out for a musical. The camera captures their shifting moods through months of callbacks as well as the arduous job of the casting people. Jason Tam’s monologue as Paul, the show’s gay character, is so powerful it has them weeping. Oddly, there’s not a great deal of catharsis at the end, when hopes are finally dashed or rewarded. The film is highly enjoyable, though, and carries a parallel story line about how the original show was created. (Playing at Tinseltown)

THE BROTHERS BLOOM: There were high hopes for this con man tale. Director Rian Johnson wowed us four years ago with “Brick” when he set a classic film noir in a modern high school. Now he’s got more money, bigger stars and a travel budget to take him to five European countries but the results are disappointing. Adrien Brody and Mark Ruffalo play brothers who live by carefully-planned and intricate con jobs. For their final one, they target a ditzy and bored heiress (Rachel Weisz) and come afoul of a former cohort (Maximilian Schell). The film has sharp writing and good performances but too much style. It becomes mannered; the story gets increasingly hard to follow. Films like “The Sting” did it better. (Fifth Avenue Cinema)

LET HIM BE: It sounds like pointless speculation. What if John Lennon is not dead but living incognito in a small Ontario town? In this small Canadian film by an ex-Brit, it becomes a surprisingly engaging mystery that also raises bigger questions of privacy and obsession. A film student (played by Sean Clement) drags along his skeptical girlfriend (Kathleen Munroe) to check out a reclusive, music-playing man who does look and sound like the former Beatle. They go so far as to sneak into his house and plant a video camera. I won’t tell you what they find, but some new Lennon-sounding songs and Mark Staycer’s near-impersonation will keep you guessing.
(Pacific Cinematheque Sun. May 31, Mon. and Wed)

DRAG ME TO HELL: Director Sam Raimi steps away from his Spider Man work and returns to what made his name in the first place: horror. And isn’t this timely? An ambitious bank loan officer (Alison Lohman) denies an old gypsy woman a mortgage and gets a curse put on her in return. Justin Long (yes the guy from the Apple computer ads) tries to comfort her through a parade of yucky (and funny, to some) indignities. It’s rated 14A so it’s probably not as gory or explicitly violent as Raimi’s early films. Twisted, though. (Playing at theatres all over)

Photo Above: Still From Up
Volkmar Richter will be previewing Vancouver's opening movies on Fridays for the Vancouver Observer. Stay current with his column to find out what you need to see. 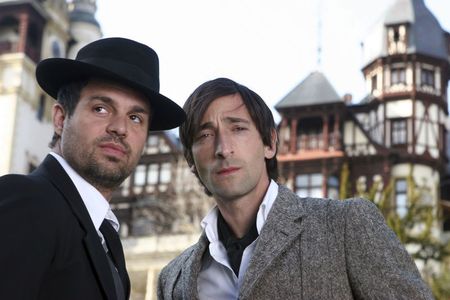 Still from The Brothers Bloom 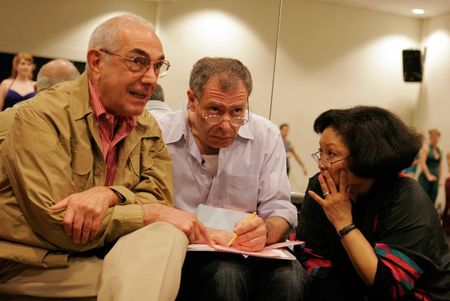 Still from Every Little Step 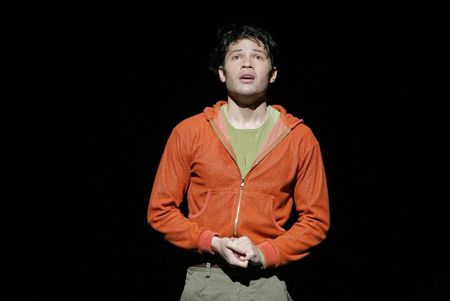