The youngest children in the classroom are significantly more likely to be diagnosed with attention deficit hyperactivity disorder – and given medication – than their peers in the same grade, according to new research by the University of British Columbia.

The gap in ages among students in the same grade creates what researchers call a “relative age effect,” in which younger children within an age cohort are at a disadvantage in academic and athletic activities. In this case, the researchers suggest that younger students within a grade may be diagnosed with ADHD because they are less mature.

“Our study suggests younger, less mature children are inappropriately being labeled and treated,” says lead author Richard Morrow, a health research analyst in the Dept. of Anesthesiology, Pharmacology and Therapeutics. “It is important not to expose children to potential harms from unnecessary diagnosis and use of medications.”

Medication to treat ADHD, including Ritalin, Dexedrine, Adderall and Strattera, can have negative health effects in children, such as sleep disruptions, increased risk of cardiovascular events, and slower growth rates. In addition, younger children who have been labeled ADHD may be treated differently by teachers and parents, which could lead to negative self-perception and social issues.

The study looked at a large cohort of 937,943 children in British Columbia, where the cut-off for entry into kindergarten or grade one is December 31. The research included children who were between 6 and 12 years at any point during the 11-year period covered by the study.

“This study raises interesting questions for clinicians, teachers and parents,” says co-author Jane Garland, Clinical Professor in the Dept. of Psychiatry and clinical head of the Mood and Anxiety Disorders Clinic at BC’s Children’s Hospital. “We need to ask ourselves what needs to change. For example, attention to relative age of children for their grade and more emphasis on behaviour outside the school setting might be needed in the process of assessment.”

While the prevalence of ADHD diagnosis and treatment is about three times higher in boys than girls, the effect of relative age applied to both. In fact, girls born in December and typically younger within their grade were 70 per cent more likely to be diagnosed with ADHD compared to girls born in January.

This research was funded by a Catalyst Post-Market Drug Safety and Effectiveness grant from the Canadian Institutes of Health Research and by a five-year grant from the British Columbia Ministry of Health.

There's a huge challenge for parents looking to find high-quality, licensed and affordable childcare for their kids.
Kurt HeinrichJun 1st, 2012 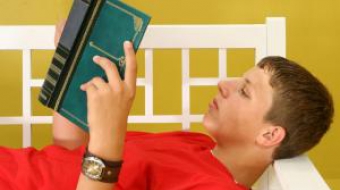 Educator Howard Eaton gives useful advice on how reading impacts the young mind, and more importantly, how to encourage teenagers to pick up a book.
Howard EatonJan 29th, 2012
Speak up about this article on Facebook or Twitter. Do this by liking Vancouver Observer on Facebook or following us @Vanobserver on Twitter. We'd love to hear from you.