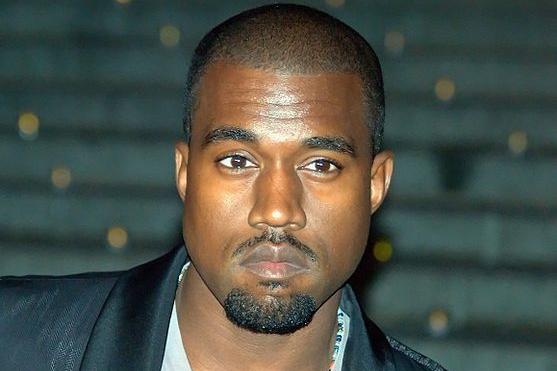 Broken Bells was most definitely one of the biggest surprises of the year. A collaboration between Danger Mouse and James Mercer (of The Shins), Broken Bells came out of nowhere and blew everyone, myself included, away. Their self-titled debut album combines the unique and incredible vocals of Mercer with Danger Mouse's fame as a music producer to create music that is just plain catchy. Their first single "The High Road" is one of the most recognizable songs of the year, and the rest of the album follows suit. The melancholy "October" combines Mercer's vocals beautifully with prominent piano keys, while "The Ghost Inside" displays the amazing diversity of both Mercer's voice and the musical expertise of Danger Mouse. Everything about Broken Bells, whether it's the fact that they took the music world by storm or the incredible success they've garnered, is extremely well deserved, and there is no denying that their debut Broken Bells deserves every single bit of praise that it has received.

What started over a decade ago as four cartoon musicians has become a worldwide phenomenon. Gorillaz has become a defining musical entity, with contributors from many different backgrounds coming together to create an incredibly unique sound and persona. Plastic Beach is easily the biggest and most ambitious creation ever to come from the Gorillaz, and every single risk taken and decision made has paid off. The album takes everything that has worked for them in the past and expands on it with a greater breadth of genres and influences. "On Melancholy Hill" is easily one of my most played songs of the year. The simple elegance and ethereal mood of the song make it impossible not to listen to over and over again. The opening minute of "White Flag," with distinct Arabian influence, is the best example of musical breadth that encapsulates this album. The diversity found on Plastic Beach makes it one of the most unique and catchy albums of the year; the incredible world of the plastic beach is impossible to ignore.

The Suburbs will no doubt go down as Arcade Fire’s best album to date, but also as an album that will continue to define an entire generation. The beautiful thing about this album is that it manages to fit any mood and any situation; there is simply no wrong place or time or mood to listen to this album. Right from the get-go, the title-track “The Suburbs” brings you into a carefully crafted audio world that doesn’t stop until 60 minutes later with “The Suburbs (continued).” The album is very well paced, with every song flowing nicely into the next, such as the effortless build up from “Sprawl” into “Sprawl II.”  Whether it’s arena-shaking tracks, such as “Ready To Start,” or simply beautiful pieces, such as “We Used to Wait,” the entire album is a huge leap forward for Arcade Fire. The Suburbs is something that will be remembered for a long time, not just as an amazing album, but also as a defining moment for Arcade Fire.

After only a few years of being in the spotlight, New York-based Vampire Weekend has grown increasingly comfortable with the music they create. Their sophomore album Contra delivers a surprisingly outstanding package that is as good, if not better, than their debut album Vampire Weekend. Every element of the band comes together very well, with Ezra Koenig's unique vocals finding more diversity and Rostam Batmanglij’s unique synth work becoming more and more developed. The most incredible thing about Vampire Weekend is their ability to create undeniably catchy songs that combine elements of various musical genres, yet still evoking their own unique style. Whether it's the ever-catchy "White Sky" or the albums two amazing singles, "Holiday" and "Cousins," Vampire Weekend's sophomore album manages to surpass their outstanding debut album. With an increasingly unique sound and style, Vampire Weekend has proved with Contra that they are not slowing down, not one bit.

Wake up Mr. West! How loudly Kanye West woke up and once again entered the spotlight over the course of the last year will go down in music history. After being one of the most hated, arrogant figures in hip hop, he managed to redeem himself with hard work and dedication, all the while capturing the attention of countless numbers of music lovers. Whether it was his G.O.O.D. Friday series, or his decision to tap into his pre-808’s roots, or the sheer wonder that was his “Runaway” short-film, it all brought me into Kanye’s beautiful, dark, twisted fantasy, and I f***in’ love it. Every song on My Beautiful Dark Twisted Fantasy brings something unique to the table, whether it’s the hard hitting opener “Dark Fantasy,” or the guest heavy “All of the Lights,” or the ever beautiful and ethereal “Runaway,” it all comes together to create a near perfect product that I believe is Kanye’s masterpiece. Yes, he may be completely full of himself, and he may not be the best rapper out there, but what makes him, and his work on this album, so unique is the fact that he’s willing to take risks, try something new, and set out to redefine the hip hop genre and music as a whole. It’s not hard to see why Kanye West is such an important figure in music, and why he will be remembered for a long time as a pop culture icon.
Read More:
Share on Facebook Share on Twitter