Delorean brings the Biltmore Cabaret back to the future 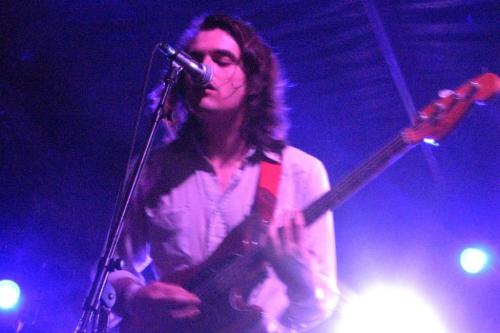 Delorean, a Barcelona-based alternative dance band, arrived at Vancouver’s Biltmore Cabaret to an excited, mostly-hipster crowd last Saturday night as part of their North American tour. The Spanish quartet brought crowds of fans on to the small dance floor for what would be a short but energetic set.

The band, which was named after the DeLorean time machine from the Back to the Future series, has undergone many changes with their musical style from their beginnings in 2000. With little success coming from their first EP and two studio albums between 2004 and 2006, they found a new style a more electronic sound. They found increasing mainstream success with the release of their Ayrton Senna EP in 2009 and their third studio album Subiza earlier this year.

Sine then, Delorean has been touring around the world, even accompanying popular Sweden-based band Miike Snow on a 2009/2010 North American tour. The growing popularity of Delorean around the world is an attest to their decision to change from punk-rock origins to synth-based perfection. 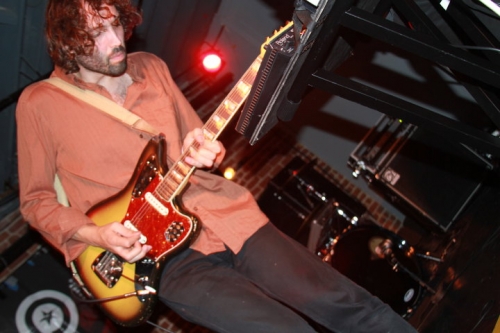 To fully appreciate Delorean’s style, nothing compares to the atmosphere they create during their live performance. Before them, though, was the opening band Lemonade, a San Francisco-based electronic trio who was… interesting to say the least.

The actual beats that they create are great, with synth-heavy sounds and bass galore, exactly what you would expect from an opener for Delorean. The only problem comes when the bands’ vocalist, Callan Clendenin, begins singing. His vocals completely take away from the atmospheric sounds that the bands’ other two members have created. The shrill vocals of Clendendin were odd and out of place, all the more to make Delorean’s set even more worth the wait.

When the curtain opened to reveal Delorean, cheers exploded from the crowd. The chill, relaxed mood of the band was amplified with the atmosphere of the Biltmore Cabaret. Calm lighting and a bar environment made the floor-pounding bass and energetic synth all the better.

Each member of Delorean played their part perfectly, with their most popular songs, such as “Stay Close” and “Real Love,” sounding the same, if not better, as they do on the studio album. The concentration of the drummer, the calm demeanor of the guitarist, the relaxed nature of the vocalist and bassist, and the explosive excitement and energy of the synth player; Delorean definitely brought a unique experience to Vancouver.

Their performance, while amazing, was short-lived. It was only an hour and fifteen minutes long, but that is understandable since they only have an EP and a studio album that fit with their new style. The concert ended off with a great encore, made even better when the band stopped mid-song and started over because they messed up.

Delorean was impressive to say the least, showing that they have found the perfect sound to suit themselves. I cannot wait to see what Delorean has in store for the future.