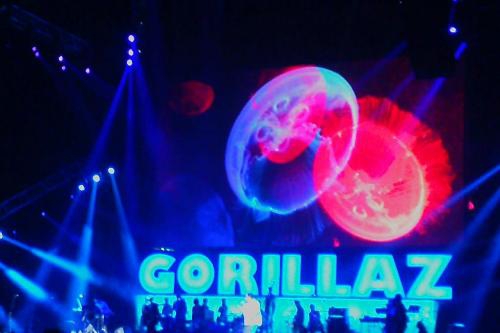 What an end it was.

The England-based band has met high praise and critical success all over the world with the release of their two previous albums. The first, Gorillaz, was released in 2001 and brought Gorillaz into the limelight, even earning them a spot in the Guinness Book of World Records as the “Most Successful Virtual Band.” Their second album, Demon Days, was a massive success, earning the band a total of five Grammy Award nominations in 2006, even winning in the category of Best Pop Collaboration with Vocals. 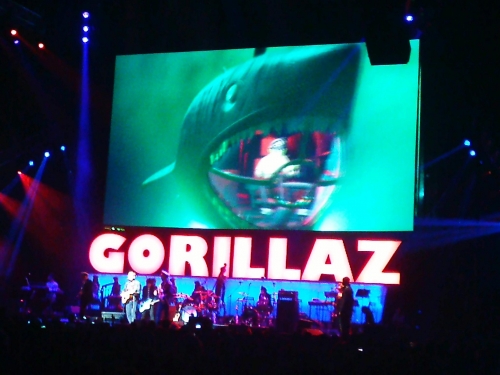 The energy that each Gorillaz contributor brought on stage at Rogers Arena is an attest to the success that they have gained over the past decade. Even the opener, hip hop group N*E*R*D, gave it their all to get the crowd hyped up for an exciting night.

The show started with N*E*R*D performing songs from all four of their albums. Their newest album, Nothing, was released just the day before the concert took place, and several of the singles from that album made their way to the stage. Most notable of which was the Daft Punk-produced track Hypnotize U.

The anticipation built up very quickly the moment N*E*R*D left the stage, and the glowing arrival of the letters “GORILLAZ” on stage spread a contagious cheer throughout the venue. The opening video was visually amazing, accompanied by the eerie tones of Plastic Beach’s opening song Welcome to the World of the Plastic Beach. Snoop Dogg’s appearance on-screen brought everything together, as the California rapper casually laid out line after line.

The diversity and complexity of Gorillaz’s music was evident immediately as the stage was packed with violinists, drummers, brass ensembles and guest appearance after guest appearance. Little Dragon appeared on stage to add her vocals to both Empire Ants and To Binge, while hip hop trio De La Soul added their unique personality to the single Superfast Jellyfish. 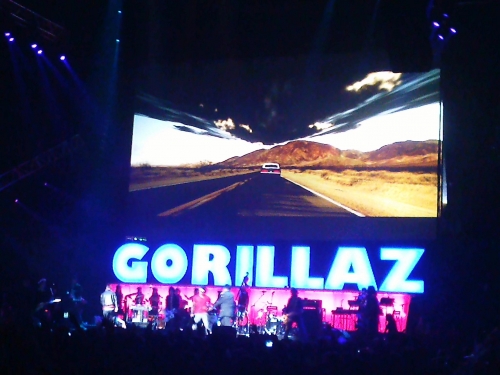 All of their songs were accompanied by fantastic visuals, such as Stylo, which featured the official music video where Gorillaz’s four virtual characters are in a car chase in the desert with Bruce Willis, or DARE, which had its music video on in the background. The song White Flag was particularly fantastic because of Albarn’s charge around the stadium with a massive white flag.

The nineteen-song setlist ended with Plastic Beach, but was quickly extended with an incredible encore. Beginning with Bobby Womack soulfully singing Cloud of Unknowing, moving into their hit songs Feel Good Inc. and Clint Eastwood. The concert ended in the same fashion as their second album Demon Days, with Don’t Get Lost in Heaven and Demon Days bringing it to an epic close.

It is difficult to decide whether or not a certain concert was the best I’ve ever been to, but after seeing the visual splendor and collaborative glory that is Gorillaz, it is easy to place them on a very high pedestal. I am fully immersed in the world of the Plastic Beach.