Sweet Start for the New Year at San Fran’s Tartine

Let me be clear:  this is not the Tartine in Vancouver.  Yes, the first week of the New Decade finds me exploring the culinary delights of our neighbouring city south of the border.  San Francisco mirrors our own city in so many ways, most especially in its wide variety of culinary fare.  Exploring the treats that await me around every corner, from gooey grilled cheese to pulled pork sandwiches, has indeed been a delicious adventure.

Tartine is a small neighbourhood café in downtown SF that is immediately recognizable from the long line of patrons that stretches out the door.  Other than that it has no other distinguishing features, including signage.  Let’s face it, when you’re this well-known, why pay extra for a sign?  (Or for menus for that matter).  Tartine is a true culinary adventure because one never knows what one will get when one walks through the door.  Its freshly baked organic levain bread comes out of the oven at 5:00 pm each day, but what they have on stock varies from hour to hour.  When we were there, it happened to be gooey and rich varieties of croque monsieur served on their wonderful bread in addition to their amazing pastries.

Tartine is basically the French equivalent of an open-faced sandwich, but nowadays the term connotes any type of French sandwich.  In this café, they serve their tartine in the form of croque monsieur or their hot-pressed sandwiches.  Croque monsieur comes in four varieties: turkey, ham, wild mushroom and fromage blanc.  My favourite was hands-down the wild mushroom with its woody mushrooms, creamy béchamel and Gruyere cheese melting atop the freshly baked bread.  Hot-pressed sandwiches are also popular at Tartine, so popular in fact that it is not uncommon for them to be sold out by early afternoon. The wide variety of sandwiches offered at this café are enticing precisely because of their playful combination of tastes and flavours.  Some examples include sheep cheese and almond or fromage blanc and banana.

Although their tartine were fantastic, without a doubt, the pastries at Tartine were the highlight for me.  I can honestly say that their pastry crusts were some of the best that I’ve sampled: soft, flaky and crumbly to the touch.  If you visit this place, as a personal favour to me, please don’t leave without trying their banana cream pie.  Imagine cool and creamy banana filling topped by a cloud of whipped cream with thin sheaves of chocolate balanced delicately on top.  Also admirable—their lemon tarts and their bread pudding. 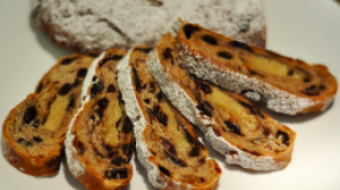 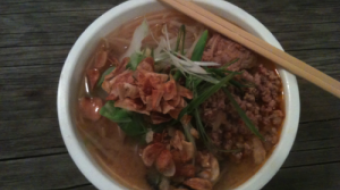