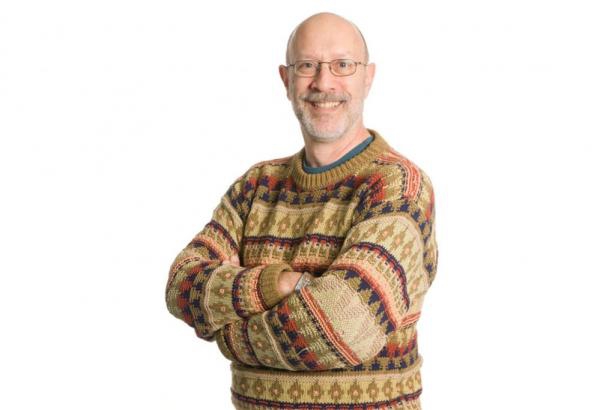 Jobs, careers, employment, vocation, occupation, business: call work what you will, each profession comes with its own prescribed, limited, and limiting formats. Mine come because I am a professor who inhabits two workday worlds, one as a bee biologist and the other as director of SFU’s Centre for Dialogue. These are two quite different callings, similar in being potentially creative but in practice often stifling imagination and expression.

Take science, where a typical presentation has a tightly controlled layout, whether it’s a written paper or a lecture. The introduction reviews the field and justifies the work, the methods tell readers or viewers what you did, and the results are tense with data and statistics. The ending conclusions are meant to impress with the tiny bit of new knowledge you’ve discovered and the inevitable next steps to justify a future grant application.

Emotion? Passion? What about the joy of discovery and the flashes of insight that are supposed to characterize science and reveal the great mysteries of the universe? Largely absent, subdued by the emotionless language of rationality that our scientific culture insists on.

My second life, dialogue, claims different customs but can be no less rigid and passion-free in its formats and practice. The typical dialogue, unfortunately, is not actually dialogue but subtly veiled and cleverly expressed opinions disguised as audience-friendly.

Pardon my cynicism, but I’ve seen way too many “dialogues with Canadians” held by governments, businesses, and non-profits that start with a long-winded lecture, include a few minutes of Q & A, and conclude by thanking the audience for a wonderful exchange of views that confirmed what the organizers already believed when they walked into the room.

But I had two experiences last week that broke out of these rigid structures.  The first was a science-inspired dance performance that premiered in Vancouver at the end of November and the second a student-run dialogue with citizens about conservation. These events revealed the creativity locked up beneath the usual formats, and both were telling reminders of the powerful emotions underlying my dual disciplines of science and dialogue.

The dance was Experiments: where logic and emotion collide, a collaboration between scientists and dancers that explores the boundaries of creativity and experimentation. This was a project of the LINK Dance Foundation , together with the Centre for Dialogue  and the Scotiabank Dance Centre.

But then Gail Lotenberg, the artistic director of LINK, did an interesting thing with us science nerds. She made videos of us talking, then turned the natural hand movements we made as we talked into phrases for the dancers to perform. She began choreographing parts for scientists, and also asking dancers to say a few words as they danced.

The performance that emerged was a synthesis of fact and emotion, addressing and then breaking the boundaries between data and passion. The performance demolished the statistics-based, graph-oriented, fact-heavy and overly detached culture that science propagates. Feeling, fluidity and the artistic creativity that underlie dry data became our touchstones, as the numbers we work with literally began to dance.