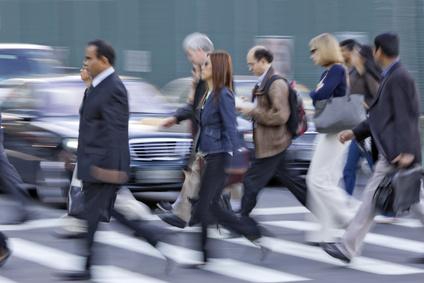 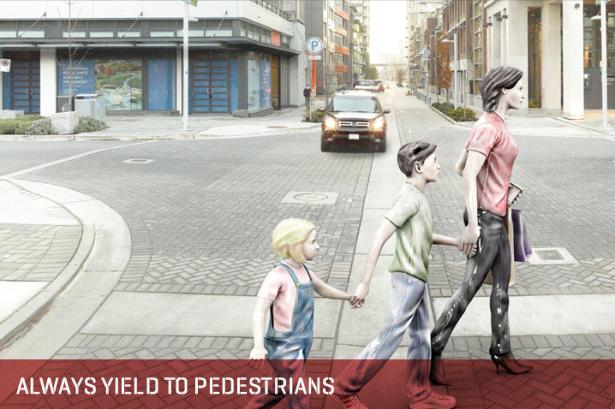 Over 80 per cent of pedestrian accidents are caused by cars turning when the pedestrian has the right of way, according to a City of Vancouver report. But pedestrian safety issues often get lost in the heated debate between cyclists and drivers.

"In the future, perhaps our time will be known as the first decade of the Bicycle Wars, with righteous armies fighting over traffic lanes, bike paths and sidewalks, indeed over the very purpose of the streets themselves. Like many wars, it’s a question of territory, and the pedestrian has been losing for years."

“Bike lanes sure to cause division” screamed the May 17 front page headline in the Vancouver Sun (online, it was later amended to a less inflammatory “Vancouver bike lanes set to expand with Commercial Drive, Point Grey Road under consideration." The same day, the lead editorial in The Province was titled “Idiotic cyclists are the bulk of the problem."

And what caused this outrage? Suggestions by City of Vancouver transportation director Jerry Dobrovolny that parts of Commercial Drive, Point Grey Road and Cornwall Avenue might be adjusted to include bike lanes.

Predictably, the stories led to online flame wars between cyclists and motorists. The Sun story attracted 124 comments, most of them very, very angry and a good many of them using CAPITAL LETTERS and exclamation marks (!!!) to make their point about gas-guzzling drivers or smug self-righteous cyclists. You could keep a Vancouver apartment warm for the winter with the heat generated by the commentators.

Meanwhile, lost in the anger and outrage was the news that the City was twinning a pedestrian trail along 58th Avenue, building new raised pedestrian crosswalks, and pedestrian bulges, and continuing to replace flashing “Don’t Walk” signals with countdown indicators. Also lost in the commotion was a City report that noted that the vast majority (82 per cent) of accidents involving pedestrians happen when pedestrians have the right of way. 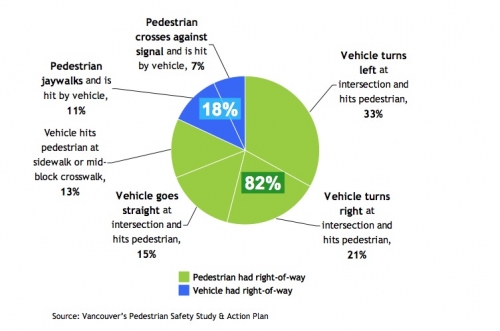 It’s ironic that walking is so neglected. After all, it’s the most environmentally friendly mode of transportation (even bicycles use up resources when they’re manufactured) and the most ubiquitous. As the City’s recent Pedestrian Safety Study and Action Plan -- which revealed the information about the cause of pedestrian accidents -- notes, “Walking is the most fundamental form of transportation. Walking is part of every trip, whether that trip is made by car, transit, or bicycle.” Sooner or later, even the most inveterate driver or die-hard cyclist is going to have to emerge from their vehicle or dismount from their bicycle and walk to their ultimate destination.

Maybe its very ubiquity is one reason why pedestrian issues are ignored. Walking -- for those of us who are able-bodied at least -- is as natural as breathing and it can be just as mundane. It doesn’t require fancy clothes or expensive equipment. Vancouverites walk a lot -- 12 per cent of work-related commuting involves walking, the second-highest rate in North America, according to the City report. 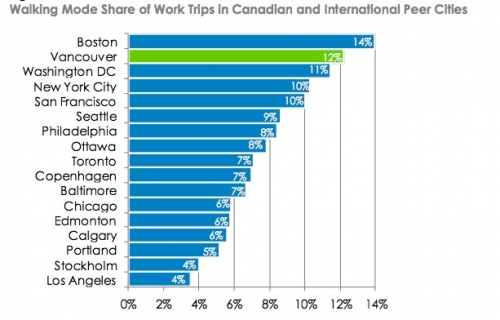 What Vancouver can learn from Paris: bike-sharing