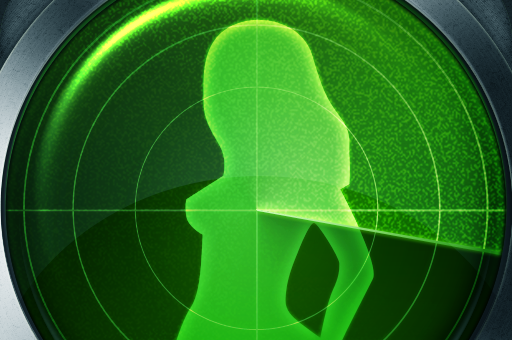 Screenshot of Girls Around Me

At first, Foursquare seemed like a harmless, fun way of letting people know where you hung out. It mixed in an element of competition (whoever visited the local Starbucks, or Blenz or whatever the most became "mayor" of the place) and you could have your accomplishments sent out automatically via Twitter and Facebook.

Soon Facebook itself got into the game. And so did Twitter. You could have your updates and tweets include your location. A harmless, easy way of letting your friends know where you were.

But it's harmless no more. Police have been warning for a few years now not to brag about where you are on vacation on Facebook, and privacy watchdogs have also issued warnings. But we ignored them.

But now there's no excuse. A new free iPhone app, Girls Around Me, turns Foursquare and Facebook into tools for stalkers. Here's what Pulp Tech's Violet Blue says about it:

Girls Around Me is an app that merges Facebook and Foursquare data and layers it over Google Maps with real-time GPS location data to show the user where the nearest women are.

The app urges users (the default assumption is a male user looking for women) to find in person and message nearby girls using information about them pulled from the girls’ Facebook profiles, including their photo galleries.

The targeted individuals are unaware they are being tracked and do not have the ability to opt-in - or opt-out.

It does what a lot of geo-location and gaming apps do, though it was only a matter of time before an app such as Girls Around Me (iTunes) framed itself as a stalking tool: the app is explicitly for the user to “find girls” to date.

Ironically, since it's easy enough to lie about your age and gender in Foursquare, stalkers may end up getting more than they bargain for. But that's not the point. Girls Around Me provides yet another strong argument to be as private as possible with your personal information on Facebook and other social media. Don't give away your location. Don't give away your age. Or your gender. You just don't know who -- or what -- may be pulling that data.

Note: Foursquare says it has revoked Girls Around Me's access to its API information. However, when I tested the application a little while ago, it still seemed to be working. And even if Girls Around Me is shut out of Foursquare or pulled from the iTunes app store, the information is still available to unscrupulous developers through Facebook and Foursquare's APIs. The best solution? Be sensible, be private.

Screenshot from Girls Around Me app

How many sleeps to Christmas? There's an app for that

Some app saved my life today

Taking it in Stride: Weekly News Update from OpenMedia.ca