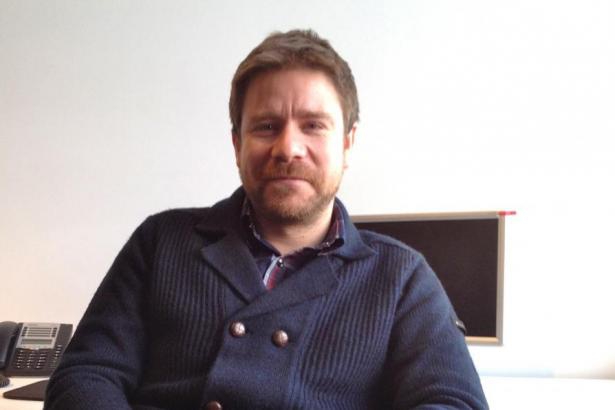 David Tedman and the Invoke Media team are hard at work on their next big product.

Hootsuite is one of the most popular Twitter clients available. And no wonder -- the web browser-based app can show multiple Twitter accounts at the same time, along with LinkedIn, Wordpress, Foursquare and other accounts. You can schedule tweets, get analytic reports and much more. The premium version is even more versatile and there are also mobile apps - for the iPhone and iPad, Android, Blackberry and others. 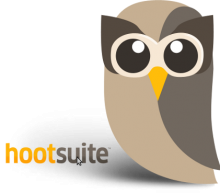 Hootsuite was developed by Vancouver-based Invoke Media and spun off as a separate company about three years ago, says Invoke’s Co-CEO David Tedman. While Hootsuite’s CEO Ryan Holmes seems to be everywhere -- at conferences, in the media -- Tedman keeps a lower profile as he works to ensure Invoke is not a one-off fluke.

“Hootsuite was a very successful product for Invoke,“ Tedman says as he gazes out at the North Shore mountains from Invoke’s Gastown office. (Dario Meli, the other Co-CEO, works out of the company’s Los Angeles office.) “We're intent on making sure that's not a fluke. We don't want to be a one-hit wonder agency. We're working really really hard on making other successful products.”

So far, they’re succeeding. Invoke’s Eat Street app had over 150,000 downloads in its first week on the Apple App Store. A companion to the Food Network show of the same name, Eat Street helps you locate street food in communities throughout North America. “As far as we know, it lists more food carts than any other app available,” says Tedman. 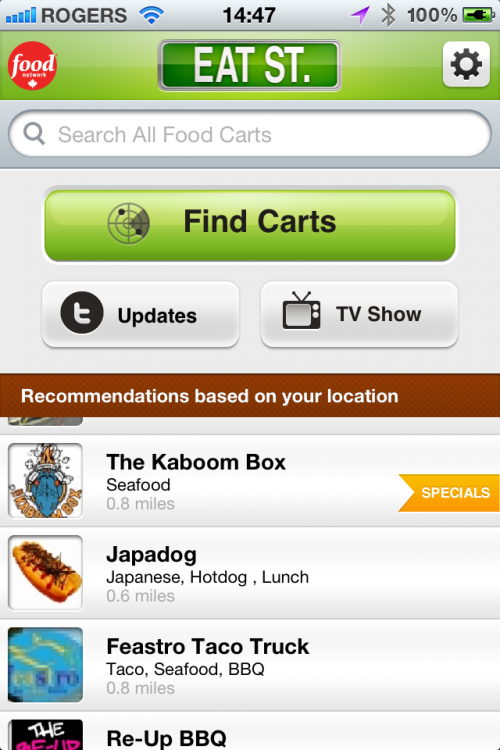 Invoke’s other products are mostly aimed at the enterprise: Memelabs -- a contest platform for companies, Vidrollr -- a conversation widget that allows users to interact through recorded video and Hitt.it, a mobile platfrom for creating custom geo-location and social games. The list of clients is impressive: Electronic Arts, Viacom, The Onion, Wells Fargo, PBS, State Farm and the Walt Disney Company, among others.

And now there’s Food.ee -- a web-based application for group food ordering. Its selling points are its ease of use, database of hundreds of restaurants and the ability to filter by type of food, length of preparation time and location. It’s Invoke’s major focus at present, with about a quarter of the company’s workforce involved.

And that workforce is growing. Invoke added eight new employees in December 2011, and more in early 2012. “Combined with Hootsuite, we’re probably doing most of the hiring in the tech community in Vancouver right now,” says Tedman. “We’re almost getting to the point where we’re fighting over resources.”

When asked why Vancouver has given rise to Invoke, Hootsuite and so many other innovative technology companies, Tedman says it’s because people become passionate about the city. Either they’re born here (as he was) and are determined to stay and make a go of it, or they discover it and want to move here. And because Vancouver doesn’t have a lot of head offices, creative people have to make a go of it on their own. The presence of educational facilities like Emily Carr, UBC, SFU and Vancouver Film School helps as well, as does government support in the form of tax credits and grants.

“The people here are very passionate about this city,” he says.