Vancouver voters to get online choice this fall 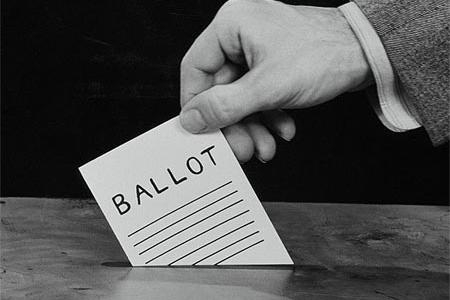 Vancouver municipal election 2011: If the provincial government approves, Vancouver residents will be able to vote for their municipal representatives online this fall.

Vancouver is set to join a small but growing number of Canadian municipalities that allow internet voting, subject to the province’s approval. That approval, according to City Councillor Andrea Reimer, is very likely, as the province is also interested in exploring the potential of internet voting.

November’s vote will be a pilot test and will only apply to advance voting, not on the actual day of the election, according to the motion passed by council earlier this month. The city will assess the results of the test and decide whether to allow all voters to cast their ballots online, Reimer says.

But NPA councillor Suzanne Anton believes that a pilot test is meaningless. Since any eligible voter can vote in the advance poll, allowing internet voting in the advance poll but not on the day of the election will not make a difference, she told the Observer.

Anton was the only councillor to vote against Reimer’s proposal. She has two major concerns, she says: voters will have no idea what happens to their vote after they cast it, and the city will have no idea of the circumstances under which the vote was cast, meaning voters could be intimidated into voting a particular way or even sell or give their vote to someone else to cast.

Reimer acknowledges these concerns and others that have been raised. But, she says:

“The current system has the same weaknesses. Ordinary citizens can’t observe what happens to their ballot after it’s fed into the box. We’re reliant on software now. Someone could write a program, for example, that would count only every third ballot cast for Andrea Reimer, and there would be no way for me to detect that. But we built in safeguards, and we can do the same for internet voting.”

As for the possibility of coercion, Reimer says it’s a problem in any system, electronic or paper. “We don’t like to think about voter coercion, but it happens. There are parts of Vancouver where voters feel pressured by family members or others in a position of leadership to vote a certain way.” Pressure exists whether you’re voting at a public voting station or at home, she said in a telephone interview with the Observer.

“If I could write a list of everything that could go wrong with paper ballots, it’s a long list. But we’ve learned how to mitigate those problems, and the same is happening with online voting.”

For example, Estonia addresses the problem of voter coercion by allowing internet voters to change their mind up until the end of the advance poll. If voters feel they were unduly pressured into making a choice, they can opt to have their first electronic ballot erased and vote again, or even vote manually. Markham takes a different approach. It dramatically increased the penalty for voter fraud and coercion (two years in prison and/or a $10,000 fine) and invested in a publicity campaign to make voters aware of the issue.

Currently, Vancouver uses an optical scan system. Each voter is given a paper ballot that has candidate names for all offices and questions printed on both sides. The voter casts their vote by using a special marking pen to fill in an oval "O" next to the voter's choice and the vote scanning machine reads the ballot as it is deposited into the ballot box. The boxes are sealed and brought to City Hall where their memory cards are removed and inserted, one at a time, into a special isolated computer that tabulates the votes. Vancouver voters have chosen their mayor, council, park board commissioners and school trustees and voted on various referenda and capital plans with the optical scan system for over 15 years.