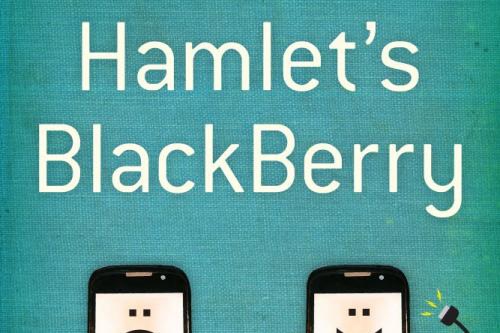 In Hamlet's Blackberry, William Powers shows us how to find the quiet space we all need.

The recent days have been good for increased connectivity.

In the past few days, Facebook has introduced its “Here Now” feature, which allows you to tell your Facebook friends where you are; Apple has unveiled “Ping”, so that you can share your iTunes musical tastes with others (and find out what they’re listening to), and Google has announced that North American GMail subscribers can make phone calls from their computers (U.S. subscribers who have Google Voice can also receive calls).

In the words of William Powers in his recent book, Hamlet’s Blackberry: A Practical Philosophy for Building a Good Life in the Digital Age, (HarpersCollins, 2010), “It’s good to be connected, and it’s bad to be disconnected.”

Or is it? Powers isn’t so sure.

“Will pursuing more and more digital connectedness make us smarter and more creative?,” he writes. “Will it help us understand one another better? When we’re all hyperconnected, will our families and communities be stronger?... Do we really want a world in which everyone is staring at screens all the time, keeping one another busy? Is there a better way?”

Powers believes there is a better way and in Hamlet’s Blackberry (HarpersCollins, 2010), he shows how to find that better way, how to find “a quiet, spacious place where the mind can wander free.” 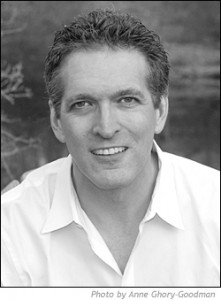 Powers sets out the problem with our increasingly connected world: “Little by little, our workdays grow more crowded. When you carry a mobile device, all things digital (and all people) are along for the ride. Home life is busier too. Much of what used to be called free time has been colonized by our myriad connective obligations, and so is no longer free.”

But we shouldn’t blame technology for this, Powers says. “These tools are fantastically useful and enrich our lives in countless ways. Like all new technologies, they have flaws, but they can’t make us busy until we make them busy first. We’re the prime movers here,” he stresses. “We’re always connected because we’re always connecting.”

And when Powers says “always,” he means it. He shows how the tension between the need for connectivity and the need for private space predates the Internet by millennia. Using examples from the past (Socrates, Shakespeare, Benjamin Franklin, Henry Thoreau and others), he provides various ways of balancing these needs. For example, Thoreau sets aside a time of day when he’s available for social intercourse (and kicks people out of his cabin when that time is up), and Hamlet writes his thoughts and other information on his “Blackberry” (erasable portable slates) and transfers what’s important to more permanent media at the end of the day.

Powers also shows how he and his family deliberately turn off their connectivity each weekend. No email, no Google, no Twitter. At first, he recounts, it was difficult and various family members would try to circumvent the no-Internet rule, but after a while it has become easier.

The various solutions Powers give aren’t for everybody, but they are useful, if only to remind us that we don’t need to be always connected, that we can – and should – find that quiet space where our minds can wander free.