Is the Internet changing how we think? 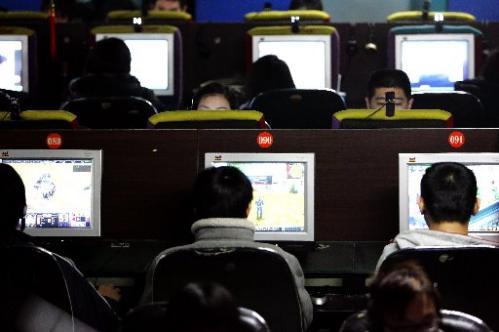 Is the Internet changing the way we think? Nicholas Carr believes so.

Carr is the author of the recently published The Shallows: What the Internet is Doing to Our Brains (WW Norton, 276 pages, $33.50). The book is an expansion of an article he wrote in The Atlantic in 2008, and like the original piece, it  has caused quite a stir. Comments and reviews, pro and con, have been posted on blogs, in tweets, and elsewhere in the electronic and print media. Carr, who has written two previous books on technology (The Big Switch and Does IT Matter), argues that although the Internet has been a great boon for humanity, by embracing it we are sacrificing our ability to read and think deeply.

The Shallows is not the first book to sound the alarm over what technology is doing to us. The Gutenberg Elegies by Sven Birkets warned of a decline in reading due to the overwhelming advances of the Internet  and other technologies as far back as 1994. Two years ago, Maggie Jackson’s Distracted: The Erosion of Attention and the Coming Dark Age sounded a similar warning. And last year, John Freeman’s book, The Tyranny of E-Mail, caused some of us to briefly pay attention before going back to our tweets, text messages and Google searches.

The critics -- especially those who make a living by writing and speaking about the brave new world of technology -- have come out in force against Carr’s argument. Howard Rheingold, the author of Smart Mobs, sent a tweet to ease the minds of his 18,000+ followers: “If The Shallows & Distracted worried you, pls read Proust & The Squid & The Mindful Brain. We can LEARN to deal w/life online.” (Actually, those two books don’t say that, but you can’t expect nuance in 140 characters.) And Steven Johnson, author of Everything Bad is Good For You, wrote a rebuttal in the New York Times last week:

"Yes, we are a little less focused, thanks to the electric stimulus of the screen. Yes, we are reading slightly fewer long-form narratives and arguments than we did 50 years ago, though the Kindle and the iPad may well change that. Those are costs, to be sure. But what of the other side of the ledger? We are reading more text, writing far more often, than we were in the heyday of television. And the speed with which we can follow the trail of an idea, or discover new perspectives on a problem, has increased by several orders of magnitude. We are marginally less focused, and exponentially more connected. That’s a bargain all of us should be happy to make."