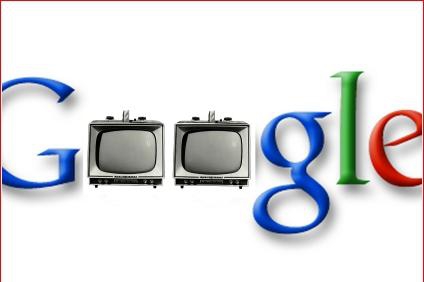 This week's technology news was dominated by the company that dominates the web, Google.

The company that started life as a minimalist search engine held its annual developer conference -- I/O 2010 -- and came out with a flurry of announcements, none of which seemed to involve search. Google Television, Google Wave, the Chrome Web Store, HTML 5.0, a new video format and more were paraded out to the audience of 1000+ in San Francisco.

And what does it mean to us, the average users of technology? It depends on your needs and interests.

Google Wave is collaboration software that Google calls "a shared space on the web". You can add multimedia elements, online polls, Google Map locations and more. You and the people you're collaborating with can make changes to your documents ("waves") and see the changes in real time. It's free to individuals with Google accounts. It used to be invitation only but as of now anyone can go to wave.google.com and sign up. Initially it generated a lot of excitement, but reviews have been mixed as to its usefulness.

The Chrome Web Store won't open for several months yet. It's an online store for installing web apps -- little applications that attach themselves to your web browser. Google says the apps will work with any browser but will be more convenient if installed on Google's own browser, Chrome. Example apps included Tweetdeck -- a Twitter application, Google News and a game called Pirates vs Zombies. As Brad Stone puts it in the New York Times, "Google’s vision of the future ... calls for rich multimedia applications that operate within the browser — without the separate applications that people now download to their PC desktops or mobile phones."

Google Television will allow you to watch tv shows streamed over the internet on your television set. As such it competes with Apple TV and others that have tried in the past to marry television with the internet. Google is working with Sony and Logitech to put Google TV (Google search built into the TV to pull web video and broadcast) inside TVs, Blu-ray players and companion boxes. These devices will go on sale in the Fall, but only in the U.S. No word on when or if they'll be available in Canada, but if you're in the States, you'll be able to get them at Best Buy stores apparently.

HTML 5.0 is the next standard for the language that drives the web -- HyperText Markup Language. HTML 5.0 will allow for easier embedding of multimedia elements such as video and audio and will also feature more powerful ways to incorporate web apps -- such as those that Google will be featuring at its Chrome Web Store. HTML 5.0 has been in development for over five years now and is supposed to be ready to be officially adopted later this year, but is apparently behind schedule. However, as with earlier iterations of HTML, elements of it are already widely in use. Google is aggressively promoting its use.

Google also announced the latest version of its Android mobile phone operating system and a new video standard called WebM, which will compete with the H.264 standard endorsed by (among others) Apple and Microsoft.