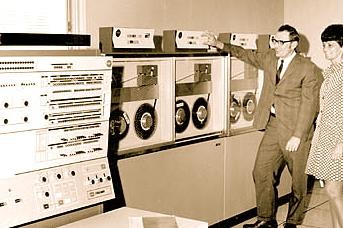 It's hard keeping up with what's happening on the tech scene, both locally and internationally, but here are some of the things that sparked my interest this week...

Whatever image you might have of book clubs, it probably doesn’t include fingers punching out 140-character messages on Blackberries, iPhones or laptops. But that’s what’s happening right now, thanks to the “One Book, One Twitter” campaign (#1b1t is the hashmark to search for on Twitter). Based on the popular “One Book, One City” campaigns that regularly run in cities throughout North America, including Vancouver, 1B1T is a brave attempt to get “a zillion people all reading and talking about a single book,” according to Wired Magazine’s Jeff Howe, who came up with the idea.

The book in question is Neil Gaiman’s American Gods, which is not a great surprise as the 2003 fantasy novel has been a huge hit among hip urban technophiles. But can you have a meaningful conversation about a book in 140-character chunks -- and without the mediating influence of wine and finger food? Judge for yourself: here are some of the Tweets so far, picked at random: