Nominating the Internet for a Peace Prize: What an ig-Nobel idea! 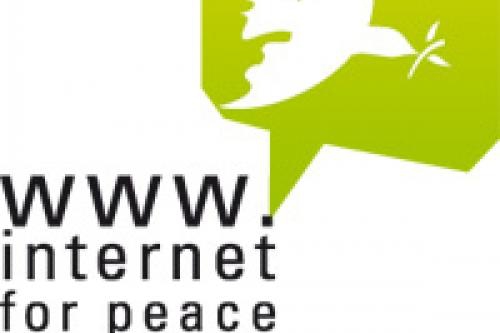 The Nobel Peace Prize has had many recipients in its 109-year history, some deserving, some maybe less so. Anwar Sadat, Nelson Mandela, the Dalai Lama, Mother Theresa, Henry Kissinger, Martin Luther King Jr., and Canada’s Lester B. Pearson have all been among the winners. Most recently, of course, U.S. President Barack Obama received the award.

The prize has been awarded to institutions as well as individuals, including Médecins Sans Frontières, the Friends Service Council (Quakers) and the International Campaign to Ban Landmines. But history may be made on December 10, 2010 when the next winner is announced, for the internet is one of the 237 nominees.

The internet was nominated by Riccardo Luna, editor-in-chief of the Italian edition of Wired Magazine. His reasoning: “The internet can be considered the first weapon of mass construction, which we can deploy to destroy hate and conflict and to propagate peace and democracy. What happened in Iran after the latest election, and the role the web played in spreading information that would otherwise have been censored, are only the newest examples of how the internet can become a weapon of global hope.”

Off-the-wall ideas are not unusual coming from Wired Magazine, which has been an unabashed enthusiast for all things technological since its founding in 1993. But nominating a computer network for a peace prize?

Richard Smith, a communications professor at Simon Fraser University, doesn’t think it’s a good idea. “The internet is a device, with no free will or intentionality and the idea that an object or device deserves a peace prize is kind of lame,” he says. “It certainly can be used to further peace (or not, as one can surely imagine an internet used in the service of war... and especially imaginable since it was built in the first place by the US military), but that's hardly the point. I suppose it was nominated by people who see how the internet could be used to further peace. But we could also nominate the wheel. Or concrete.”

I agree with Smith. If the Internet is to be nominated for a peace prize, it should (by the same logic) be arrested for hate crimes and distributing child pornography, and sued for libel. The internet is a technology. It doesn’t think. If it has been used for purposes that promote peace, then the people who use it should be nominated. If it is used for other purposes (to plot terrorist actions, to sell illegal substances, to bully people, to distribute child pornography), then the people who do so should be punished.

As Smith says, nominating the internet for the peace prize is just silly. Let’s hope the Norwegian Nobel Committee agrees.