Is it Game Over for Vancouver's Video Game Industry? Not quite yet 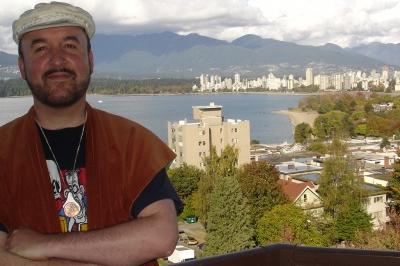 Video game expert Anthony Gurr says Vancouver's game industry needs to adapt to the iPhone and other new video game platforms if it wants to survive.

It hasn’t been a good year for Vancouver’s video game industry.

Once the most visible of the region’s shiny new high tech industries, video game production in Vancouver has been reeling from a series of layoffs and studio closings in recent months:

The industry still has a significant presence in metro Vancouver, of course. According to New Media B.C., there are about 75 companies in the area that directly develop games, with another 70 companies providing support services. More than 3,000 people work in the video game industry locally.

But the industry is undeniably going through a bad patch. What’s worse, it’s in danger of becoming irrelevant, says long-time game developer and researcher Anthony Gurr. The culprit? The iPhone and the iTunes app store.

Gurr started with Taito Software in the 1980s, helping develop such games as Arkanoid, The Ninja Warriors, Operation Wolf and Renegade. He later taught game design at the Art Institute of Vancouver and is now a Master’s student in educational technology at SFU. Lately, he’s been looking at the shift from console and computer-based games (such as the Sony PlayStation, Microsoft XBox and Nintendo Game Cube) to mobile phones -- most notably the iPhone. (For more of Anthony Gurr's perspective on video games, see his blog at www.arkanoid64.wordpress.com.)

“There are 21,000 game and entertainment apps available for the iPhone and iPod Touch, versus 3,600 Nintendo DS titles. You can buy a game on iTunes for 99 cents,” he says. Gurr points to Electronic Arts’ Madden NFL football game as an example. The Sony PlayStation version costs $44.95 and you have to go to a store or wait several days for delivery, whereas you can download it immediately onto your iPhone for $9.99.

I can vouch for what Gurr says. I can't remember the last time I played a video game on my Mac, and I sold my PlayStation console years ago. But I have several games on my iPhone -- such as Bejeweled, Space Invaders, Scrabble and Katamari Lite -- that I play almost daily. And I refresh them frequently, deleting old ones and adding new ones. With iPhone games costing as little as 99 cents (many are free), it's relatively painless and quick to acquire new titles to try out.

Gurr also notes that Apple makes it easy for game developers to create and distribute their dream application. The iPhone software development kit is free (though developers pay about $100 to be enrolled in Apple’s iPhone development program, which is required in order to be able to sell games through the iTunes online store). After going through Apple’s approval process, the game is then available to millions of iPhone and iPod Touch owners through the online store.

It’s not only the iPhone that’s hurting Vancouver’s video game industry though, says Gurr. The Canadian dollar is also a culprit. With the dollar rising in value against the U.S. dollar, there’s not as much of a cost saving for game companies to develop their titles in Canada, he says. And the B.C. government isn’t helping with its tepid support of the industry, he says. “When you look at British Columbia, we are really weak. All we offer is a 15% tax credit for computer animation and visual effects. Manitoba's offering a 40% credit to new media companies and Quebec is aggressively courting and working with the video game industry to the extent that they're helping to fund the development of a college for game developers.”

Gurr sees signs of hope for the local game industry though. The industry is talking to the B.C. government about the tax credit issue. And he points to a growing number of local independent game developers and studios creating games both for mobile platforms such as the iPhone and casual games that can be played online.

“We were and still are, to an extent, a global leader in game development but I think the times have changed, and the game industry in Vancouver realizes this and is trying to figure out how to adapt.”

Ultimately, he says, game developers in Vancouver and around the world have to realize that “the game industry is like a roller coaster. It has a lot of incredibly breath-taking highs and some really gut-wrenching lows.”