Juno-winner K’naan has had quite a year.  Following the release of Troubadour – which hit #12 on the U.S. Billboard top albums chart – K’naan remixed “Wavin’ Flag” to be the official song of the FIFA World Cup and is currently touring on the Coca-Cola Trophy tour which hits 86 countries, including every African nation.

K’naan took a break from his hectic touring schedule to attend the 2010 Juno Awards in St. Johns, Newfoundland, where he performed Wavin’ Flag (with Young Artists for Haiti Drake, Justin Bieber and Nikki Yanofsky), presented Brian Adams an award and won for artist and songwriter of the year.

K’naan is a hot commodity these days, but The Vancouver Observer managed to get a short interview with the global icon.  He spoke to us about his message, his mother, the African diaspora and why it's a huge relief to have Justin Bieber around. 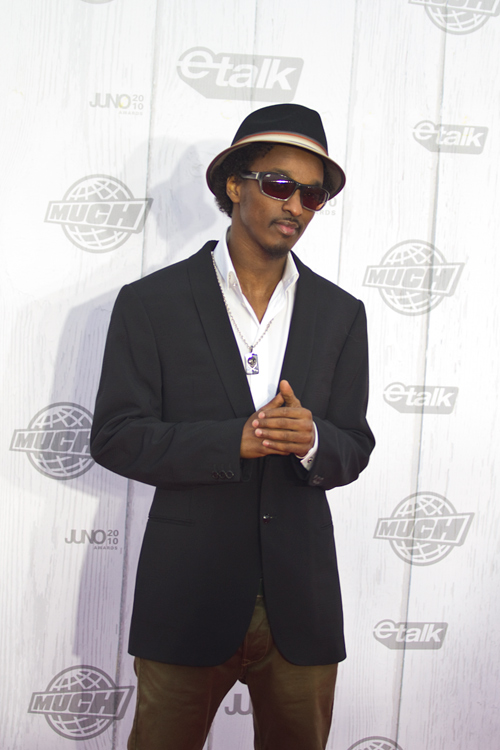 photo - Mark Bennett | K'naan told the Observer how he feels about red carpet events in the exclusive interview. 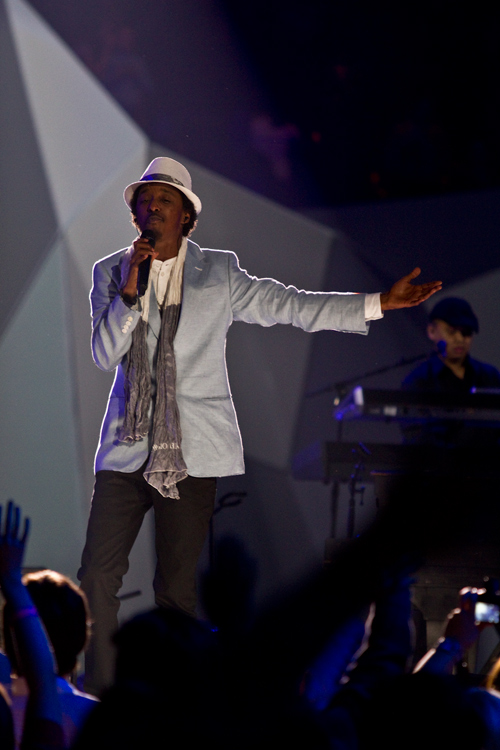 Photo - Mark Bennett | K'naan performs "Wavin' Flag" with several other artists to wrap up the show.