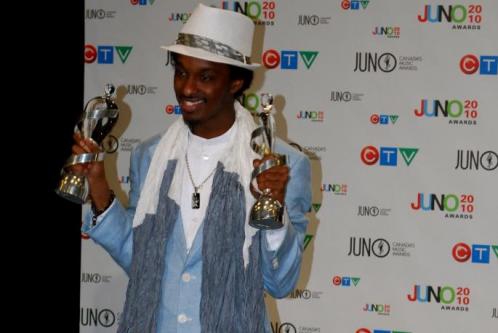 K'naan picked up an award for songwriter of the year, adding to his artist of the year award from last night's awards gala. K'naan tells Canadians that "Canada has got its heart in the right place." 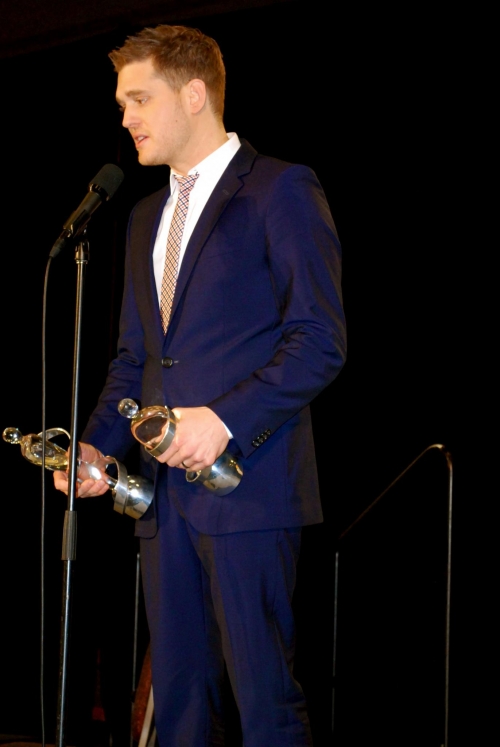 Bublé accepted awards on Sunday, April 18th for album of the year, fans choice, and single of the year.  He rushed off to the airport because flights from St. Johns may be cancelled for several days due to volcanic ash from Iceland. 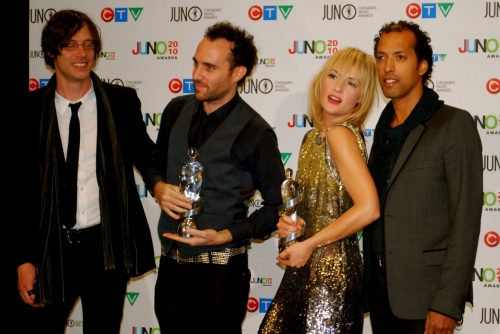 Metric won for group of the year.  Emily Haines advised young artists to "set your own course." 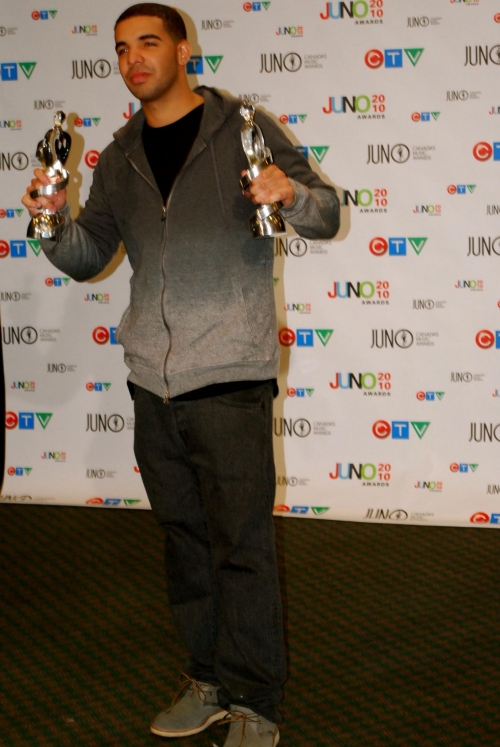 Drake won rap recording of the year (So Far Gone) as well as new artist of the year.  Drake says that in Canadian music this year, "we've seen some special people rise up this year and I'm proud to be one of them." 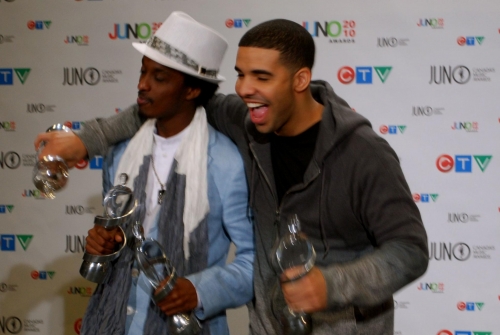 Drake and K'naan chum it up.  Drake told K'naan that he apprecitates his ability to "take hip-hop to the homes of people who otherwise wouldn't invite it in." Drake was featured on the Young Artists for Haiti's "Wavin' Flag" single and video.