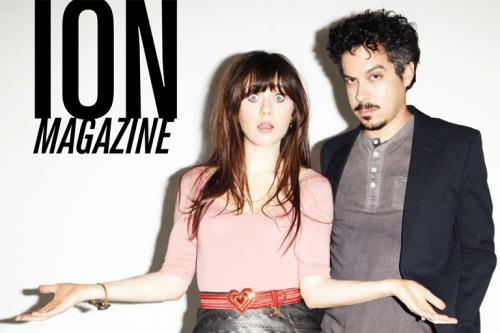 Vancouver’s ION Magazine has teamed up with Toronto’s Pink Mafia to create the ultimate handbook for anyone visiting St. John’s for the JUNOS this week. The St. John's Hip Guide answers important questions like "Where's the best spot to carry on late into the night?" and "What's the best seafood restaurant?" and more.

The Vancouver Observer met up with Vanessa Leigh, publisher and fashion editor of ION Magazine, to talk about the Hip Guide, some of her favourite JUNO-hopefuls, and the challenges of running an arts and culture magazine in Vancouver. 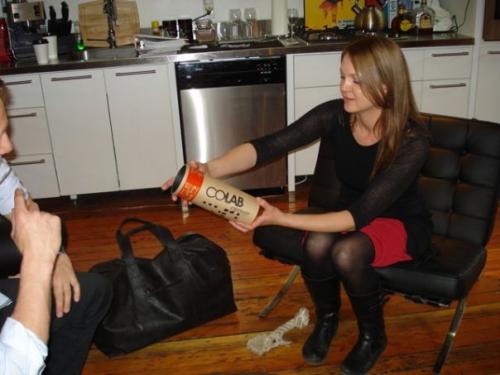 I was living in London, I was out there modeling and a VJ for Euro MTV and I'd been coming back and investing in property here in Vancouver. I actually came back to liquidate my assets and move to London full time. But then when I came out here there was a series of unfortunate incidents, and I just started thinking more and more about how I'd done everything that I wanted to do in that industry and wasn't as intrigued with it as I used to be. I made a decision to quit modeling, then went traveling around for a little bit, then started a company called Urban Wares but after about two and a half years I started realizing that that wasn't my dream either, and then I started ION.

Just about everything I've done, I started without really knowing that much about and it turned out quite successful so I didn't feel that this was going to be any different.

But it's just getting the right team about you. I have a satellite office in Toronto and [creative director Danny and I] work every day together via chat. There are a lot of different offshoot components to the magazine now, so I moved myself out of the fashion editor position and put Toyo in there, and I basically just do the covers.

So I'm there on set, I choose and organize that subject. And with the fashion editorials, I come up with the concepts for it and then we have it shot. So we do 30% here in Vancouver, 30% in Toronto and 30% in New York, so when I'm doing stuff in New York I'm on iChat with the photographer, my stylist has a list of brands that we want to see in that editorial.

VO:You seem to be used to working across coasts. How has this come into play with your role in the Junos?
It's coming really well. Anna [of Pink Mafia] is over in Toronto, Kenny Mac at Red Bull is the other component here in Vancouver, I'm in Vancouver, and then the fourth component is Last Gang Records and they're over in Toronto. So we've got two companies on either side. And then we're doing this party [Heavy on the Right Coast] that's further east than any of us are. With the Junos, they move from city to city, so you don't have to be in that city to engage with the Junos; for example, the Junos were here last year and we didn't do anything for it. We were going to, with Anna [from Pink Mafia], and then that didn't work out because the funding got yanked, but with this one, Anna and I continued our conversations about working together. She's pretty strong in Toronto and we're extremely strong on a national level, but her whole thing is these parties and she does them for the Junos.

What ION is bringing to the table is that we are doing the Hip Guide. We do the Hip Guide in Vancouver, we have parlayed that over into a Hip Guide for St. Johns, which turned out amazingly well. And it's probably the model that we'll now work towards with our local Hip Guide, it's a lot more content heavy, it's just like a mini magazine. With ION we have restrictions like time lines, relevance issues, and working within four different frames of the magazine. With something like the Junos, it's just the music and the contents are easy to figure because all these nominees are your subjects and a lot of them we've written about in the past. We just split the content because [Anna] has a website as well, and we pulled it together with some fun facts on Newfoundland, Newfie slang, little snippets of information. And there's a map, and three pages of listings of locations, like bars, record stores, late night eateries, liquor stores, free clinics, stuff that we normally wouldn't put in the Hip Guide. We wanted to start it now because it's a much smaller Junos, the next one's in Toronto, so it makes it easier for us to test the model there and then do it big in Toronto.