It's the JUNOS, and everyone's partying Heavy on the Right Coast

Judging by the Pink Mafia’s motto, “putting the F.U. back in FUN”, Heavy on the Right Coast is gonna be one hell of a party. Party planner extraordinaire, Anna Von Frances, and her über hot Pink Mafia femmes have taken on the task of throwing the Juno party hosted by breakout rapper Drake at the Majestic Theatre in St. John’s, Newfoundland on April 17th, 2010. Team Canada DJs, Grahmzilla (Thunderheist), and DJs Starting from Scratch, Skratch Bastid, and Scratch from the Roots will be providing epic tunes at the party.

The Vancouver Observer got a chance to talk to Anna, Don of the Pink Mafia, who dished on the big event, being a woman in a male-dominated industry, and her favourite east-coast comfort foods. 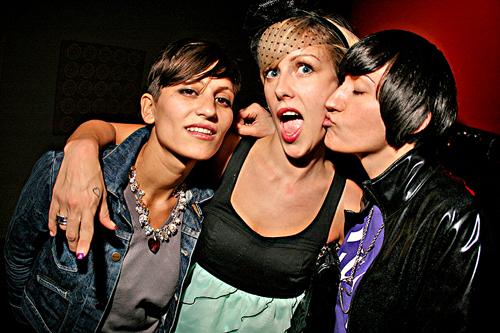 Left to right: Martina Sorbara (Dragonette), Anna Von Frances (Pink Mafia), and Riviera (who DJ'd the party) at the Rockstar Hotel for the Calgary Junos.

VO: Can you tell us a little about what kind of work Pink Mafia does, and some tips on throwing a big party like Heavy on the Right Coast?
Pink mafia is a promotion company and we run a blog and an all-female street team: we have quite a large viral network.  For this particular event, I'd say one of the key things is getting on it early, planning early.  It's not just me, it's Pink Mafia, Red Bull, Last Gang Entertainment and TMKO lawyers, and we're all known for throwing really great parties.  So this year we teamed up, which is a really key step in doing something fantastic, to get other fantastic people on board with you.  It's actually been pretty painless this year cause everybody's so good at what they do and has such great contacts and everyone that we've reached out to has been really excited about it.  St. John’s in 2002 is the reason why the Junos travel now, cause they did such a fantastic job.  I feel like we can't just go in and throw a run of the mill party, not that we ever would, but we really gotta come in with our A-game.

VO: How do you deal with the fact that the entertainment industry is so male-dominated?  Is the "mafia don" branding a way to fit in with that?
I think one of the key elements of Pink Mafia is not really the woman-man thing, we're pretty tongue-in-cheek.  The mafia thing is tongue-in-cheek.  If there's a joke to be made, we're on it.  The way things are named constantly flip the switch on things in a humorous way, it's not political at all.  I mean, I have an online entertainment blog that does really, really well and it's all female writers, but it's not like we don't let guys in.  It's entertainment, it's totally male dominated, it's the music industry: but so's everything else, right? 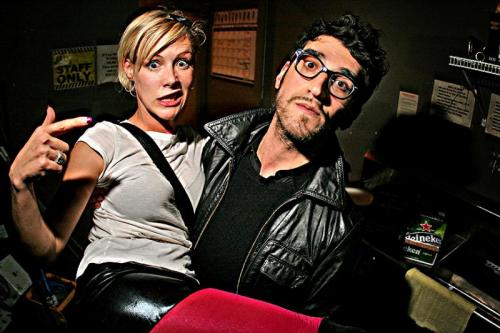 VO: Do you ever feel the need to caricaturize your own celebrity in drawing attention to your business?
No, we don't have a problem attracting people to the company with quality.  I guess there's a lot of people that work with Pink Mafia that have big personalities, and they certainly don't create them for the work but being charming or smart of good at what you do sure helps.

VO: What kind of history do you have with the Junos?
The first party I did was in Halifax, this will be the fourth year for me.  I didn't do Vancouver last year but Saskatoon, Calgary, Halifax and now St. John’s. St. John’s 2002 changed the way the Junos were gonna operate, because it was one of the most successful, and then they took it to different cities from there and that's why it's travelled since, so I'm pretty excited to get back to the spot where it all started in a sense.  But also Newfoundland is my home province, so I'm excited for all the Toronto industry to go out and experience some down home hospitality. 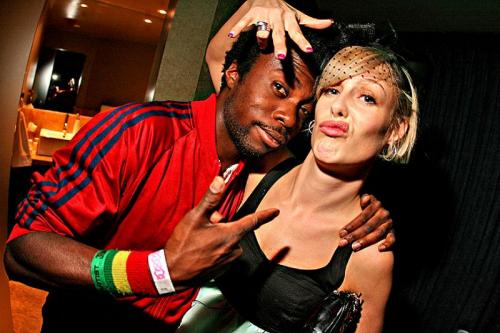