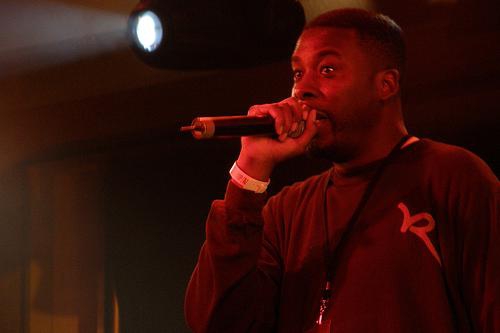 GZA, The Genius is spreading his skills across western Canada (Victoria, Vancouver, Calgary and Edmonton) prior to his tour of western Europe.

Appearing in Jim Jarmusch's Coffee and Cigarettes alongside his cousin, RZA (aka Bobby Digital) and Bill Murray, The Genius has shown that he's a razor sharp actor as well as rapper.

In 2008, GZA's Pro Tools proved that his lyrical mastery has not faded.

Fans of Wu-Tang Clan will do themselves a personal favour by attending Fortune Sound Club March 9th to hear GZA perform over the eardrum-massaging Funktion-One soundsystem.

If you've never been to Fortune Sound Club before, it's a small to medium-sized venue, so even when it's packed, everyone gets a good view.

General admission tickets can be purchased for $25 in advance.