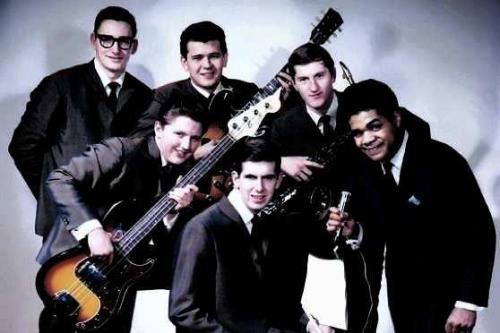 Two musical soulmates, British Ian Gregson and British Columbian Parker Henderson, have caught on to each other's gravity. The two met in 2009 after Ian heard Parker guest singing for Vancouver's R&B band The Epics; it turns out they have a lot in common in terms of musical tastes.

Vancouver music label Mushroom Records released some hot product to the ears of Northern British soul fans. Ian Gregson is familiar with and a fan of the music made by Henderson's father, soul singer Jayson Hoover known for songs such as 'King Size' and 'She’s My Lady'. Gregson comments: “I was amazed to find out Parker’s dad was Jayson Hoover and that Parker was looking for a band to get his singing career jump started."

Henderson and Gregson have been rehearsing relentlessly for four months and are now ready to perform their work at The Backstage Lounge on Granville Island. Show up at 9:00pm on January 14th for some funky soul rhythms (some of the best music to dance to in my experience.)

Like his dad, Parker Henderson has an exquisite voice! Compare http://www.myspace.com/jaysonhoover side-by-side with http://www.youtube.com/watch?v=mamUWYS5lVQ. Do you hear the resemblance?

Maybe it IS true that the soul goes on.