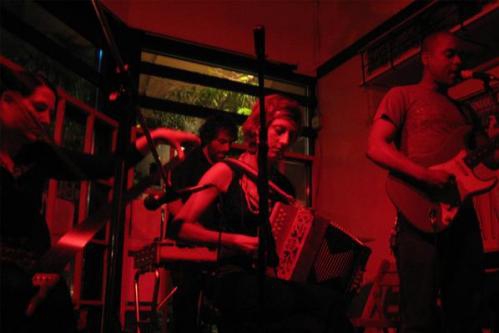 Complete with guitar, piano, musical saw and a truly bleating voice, Hasan Li and the Bleating Hearts generate a sound akin to such greats as Montreal's Arcade Fire and Timber Timbre. Bleating Hearts Lo-Fi folk sound shows the choice still exists to recreate a time when pops, hiss and natural acoustics were king.