Spending Christmas away from home 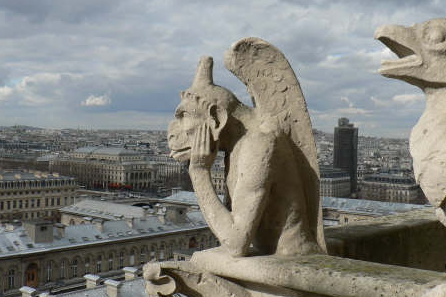 I go home for Christmas every single year. It doesn't matter where I'm living or working: Christmas isn't Christmas without homemade sushi and spring rolls sharing the table with turkey and lasagna. A Christmas without family, friends, snow and pets is no Christmas at all.

Most days of the year, I live like a pauper to make sure that that money for a flight or bus is there.

There was only one year that I missed Christmas at home, and it's one I'll never forget. It was the year 2001, I was studying in Paris at Sciences Po and like other working or middle-class foreigners there, I felt somewhat out of place in a school filled with wealthy sons and daughters of diplomats.

No matter how much I saved, Paris was expensive. By the end of November, it became clear that I just wouldn't have the money to buy a ticket back to Canada. It was before I had my own laptop, and before Skype, so it promised to be a lonely Christmas, as all my friends were going to be vacationing for the holidays.

But in some ways, it was the most memorable Christmas I've ever had.

My dad, a restaurant owner and chef, had somehow grabbed hold of a customer at his counter who was vacationing in Paris for the holidays, and asked him to hand-deliver a Christmas present to me. It was too late to send by mail, but he had decided that by hook or by crook, my present would arrive before Christmas.

I still remember the jittery nervousness on Dec. 23 as I sat at a café terrace at Place Saint-Michel in the Latin quarter -- the first time I'd sat down in this café, which I passed every other day after school -- scanning the streets for a man in a red-checkered scarf and black jacket. I had only read the email from my dad the night before, asking me to meet this mysterious customer between 3 and 4 p.m. to get my package.

In that hour of wordless waiting, I studied every detail of the fountain statue of the archangel Michael slaying a demon, the rotating flock of pigeons that surrounded it, the beggar woman and her child seated on the ground, wailing for change.

What if we couldn't find each other? I thought in panic after 30 minutes rolled by. This was the era of cellphones, but I had never bought one, trapped by the notion that cellphones were a luxury item and that I could not afford the monthly bill. I was feeling deeply regretful about not having a phone then, and anxious that in this sea of tourists, it would be near-impossible for two strangers to find each other.

At a quarter to 4, a young Asian man approached me. Tall and dapper in a black coat and red scarf, he looked very much like the kind of guy who spent his holidays in Europe.

"Your dad asked me to pass this along? To you...?" he said in a slightly puzzled tone, as if he wasn't sure what crazy lapse of reason had convinced him to do this good deed for Christmas. In his hand dangled a bag containing a small paper package.

I took the package and thanked him profusely, and he responded with a benign smile, bowing while hurriedly walking away, no doubt wanting to get on with his vacation.

Inside the box were two beautiful silver-coloured pens and a three-pack of Ferraro Rocher chocolates. I bolted to the nearest corner shop and bought a phone card, wanting to thank my dad for the trouble it took to get me this gift. Again, it was before Skype, and the connection was so choppy that our conversation lasted only about three minutes. But it was three minutes of pure joy.

Christmas day was, as expected, a little drab, celebrated with other unlucky acquaintances who couldn't make it home for the holidays. But that lonely feeling I was gone. My first Christmas away from home, strangely enough, was the one where family was most intensely felt.