There's so much to see at The Cultch this December. Its event calendar is bursting at the seams. One show in particular is bound to make you jump off the couch and feel all Chistmassy inside.

Here's what's coming up (or has already started) at The Cultch, from the social profit organization itself:

"An apocalyptic "what if?" fantasy from a master of his craft, Burkett's marionette show is brilliant [and] beautiful." – Vue Weekly

Imagine a world where the monetary system has collapsed, banks have closed, a deadly flu pandemic is spreading, Iceland has submerged, and three million kangaroos are on a rampant killing spree.

The imaginative world of Penny Plain may be marred with the trappings of an apocalyptic nightmare, but the amusing tales of its remaining inhabitants keep the story wonderfully light. From an overstuffed chair in her dilapidated boarding house, the blind, elderly Penny Plain keeps informed about the state of the world from an eccentric collection of boarders and passerby's.

Since Penny Plain opened to a sold-out house on November 17, critics and audiences alike have raved about Ronnie Burkett's apocalyptic masterpiece.

“For a genuinely lovely seasonal treat, this is just the thing.” – Globe & Mail

Tickets are from $28 and may be purchased by visiting tickets.thecultch.com or calling the Box Office at 604-251-1363. Sponsored by West Coast Reduction, Whistler Brewing and Rosedale on Robson.

3. In the gallery: Prophecy

Lesley "Fireweed" Gering's art explores themes of modern technology and ancient rites on canvas. She has a passion for riding motorcycles which overflows into her work, as she uses motorcycle oil and pigment as her medium. Gering also has a love of ancient Near East and Indian culture which has challenged her to realize that science and mythology are linked. This inspiration is emulated through her as an artist.

"To create the depth I felt with these themes, I worked for months creating stories under layers of paint - hidden messages that only I knew about... All the while pushing the boundaries of fabricated and body mechanics in humanity and machine."

Lesley Gering (aka Fireweed) is an award winning Emily Carr Graduate, mother, and motorcyclist who crosses the mediums with photography, film, writing, video, 2-D art and even fire performance. Her work has been published in over fifty publications worldwide and her photography and writing have been printed in over a dozen motorcycle magazines internationally. For tickets, go here.

All art displayed in The Cultch gallery is available for sale and may be purchased through The Cultch. If interested, please contact the gallery.

Imagine having access to one of Canada's premiere performing arts venues for an entire week to create the arts festival of your dreams. Imagine working collaboratively with a group of like-minded young people to make that dream a reality. Imagine learning from the city's top artists and administrators to make your festival the best it could possibly be. You've just imagined The Cultch's Youth Panel.

The Youth Panel is a group of approximately 20 young people aged 14-24 from all over Vancouver with a passion for the performing arts. They are talented, energized and engaged. They are fun-loving, hilarious, and more than a little bit nuts. They are curious, committed, and intelligent. You and your friends are welcome to join. Learn more here.

It is more than just dance and friends and family just dancing. It is a mixed celebration of a few of the dancing gifts and ideas we wish to share with you. Be prepared to see a lot of great, fun and eclectic movement in the small intimate space of the Culture Lab. Tickets are $15 (general).

“In a city where progress remains just out of reach, my childhood memory of Prince Rupert serves me well. So little has changed that I don’t need a map. There are no new subdivisions to get lost in, no urban sprawl. After a population peak of nearly 18,000 in the mid-80s, cascading economic disasters (the closure of local pulp mill and sawmills, the decline in the salmon fishery) have reduced Prince Rupert’s current population to 1960s levels. I want my paintings to reflect the way this drama has played itself out, the way Prince Rupert has maintained its community in defiance, and the overwhelming memories in the buildings and the harbour, Using painting as a lens to focus on the complexity of my childhood hometown, I want to make a portrait of it.”

Brilliant? Absurd? A lot of meaningless nonsense? Blackbird Theatre presents that play - Samuel Beckett's harrowing, funny, and deeply human masterpiece. The award-winning company behind 2009's smash hit Who's Afraid of Virginia Woolf? brings to life a seminal work of the 20th century where nothing happens...twice. For tickets, go here.

Filmed in the mid-to-late 1980s, this world-renowned documentary chronicles the ball culture of New York City and the poor, African American and Latino gay and transgendered community involved in it. Many consider Paris Is Burning to be an invaluable documentary of the end of the "Golden Age" of New York City drag balls, as well as a thoughtful exploration of race, class, and gender in America. Admission by donation.

An ancient, cantankerous Fijian matriarch decides at 4 a.m. one morning that her time is up. In true Fijian fashion, she orders her grandson to organize a feast so she can name her successor—her No. 2. She wants all of her grandkids there, but none of her children; “they’re all bloody useless.” She wants a big, long table outside and a pig on a spit. She wants spirits dancing, squabbles in the kitchen and bitching in the backyard. Only one “outsider,” Father Francis, will be invited—because the feast is to be like the ones in Sicily where a priest is always present. And there is to be one more unexpected guest...For tickets, go here.

10. Now open: Founders' Lounge (in partnership with Two Chefs and a Table)

The Cultch is thrilled to announce the opening of our very own Founder's Lounge. We've partnered with East Vancouver's highly respected Two Chefs and a Table to now offer full food service for every performance. This exciting new addition will feature the same fresh, locally-sourced and sustainable approach that Two Chefs developed. For more information please visit our website. We can't wait to see you there.

The 38-seat Founders' Lounge is open six nights a week from 5:30-11pm serving tapas, wine, craft beer and cocktails to event attendees and the public alike. It's also available for private bookings on non-event nights. Reservations are now being accepted at 604-340-3445. 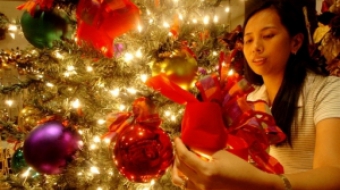 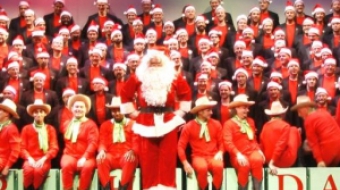 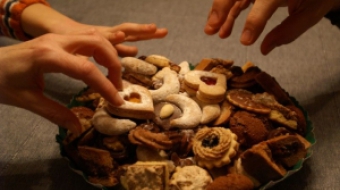