Brrr…  Yes, it’s been cold lately, a perfect time to explore some indoor fitness options and join the throngs of Vancouverites who flock to our city’s overwhelming number of yoga studios  in search of inner peace and, yes, toned tushes.

Greater Vancouver’s yoga studios numbered more than 300 at last count – about the same as in Toronto - with new ones continuing to sprout each month, begging the question of whether they will soon outnumber our city’s coffee shops.

If you are considering testing out the benefits of this ancient practice of breath and movement that we know as Yoga as your new daily fix, here’s a map for navigating the various styles offered in Vancouver and where to find them.

If it seems overwhelming, remember:  just slow down and breathe.

Founded in 1997 by an American teacher named John Friend who studied for many years with B.K.S. Iyengar-- probably one of the most well-known Indian yoga gurus of our century--Anusara Yoga seeks to combine the physical alignment of yoga poses, with the philosophy of Tantra that believes in the intrinsic goodness of all beings.  Classes have a specific format, each generally beginning with the chanting of a specific mantra and a focus on a particular theme for the day, followed by a practice where you flow from pose to pose but spend time on alignment based on Anusara’s specific principles.  The practice is probably the fastest growing “new style” of yoga in North America and Vancouver seems to be a recent convert on the Anusara map.

One of the first flowing styles of Yoga to become popular in the West, Ashtanga Yoga follows a strict series of poses.  Pattabis Jois, a contemporary of Iyengar founded the system and passed away in 2009, leaving behind a strong lineage and many trained teachers.  The idea is that by practicing this logical series of poses, you will continue to, over time, refine them and learn from the practice.  Ashtanga Yoga can be quite vigorous and fast paced, so it is a great idea to attend a beginner class if you are new to yoga.  The classes generally begin with the Ashtanga Yoga Mantra.  The emphasis is more on flow vs. alignment and moving with the breath.  Mysore Classes are a great way to work on deepening your own practice, where you follow the Ashtanga series at your own pace under the supervision of a teacher.

Yoga for the People: www.yogaforthepeople.ca

More in The Healthy Body

On Friday, October 16th, join in a Yoga Jam in support of Gratitude Week. We invite you to express your gratitude and join local Yoga Teachers Eoin Finn, Insiya Rasiwala and Suzanne Slocum-Gori for...
Insiya RasiwalaOct 9th, 2009 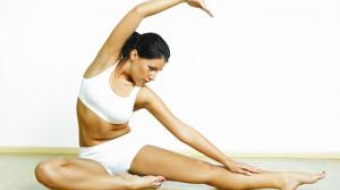 Yoga and Happiness: An Inquiry

Upon learning that I teach yoga, people often  tell me that they first tried yoga because Madonna does it, or Sting and Trudie do it, and that their motivation was to shape their bodies into...
Insiya RasiwalaOct 4th, 2009

Exploring yoga on a budget

One of the biggest barriers to experimenting with yoga is the cost: whether you’re enrolling in a regular class or buying monthly passes to a studio, yoga can put a real dent in your bank account. If...
Lisa WagnerJun 25th, 2009
Speak up about this article on Facebook or Twitter. Do this by liking Vancouver Observer on Facebook or following us @Vanobserver on Twitter. We'd love to hear from you.