The WHO and CPS recommends two years or more and the AAP at least one year. The WHO estimates that 1.4 million lives per year would be saved if all infants were breastfed during the first six months of their life. "These deaths are not just occurring in the developing world — a recent study by infant nutrition expert Linda Folden Palmer concludes that not being breastfed doubles an infant's chance of neo-natal death in the US," states Gulf News. Indeed, every statistic above has some relationship to breastfeeding.

Yet, the vast majority of North American babies aren't getting the recommended amount of breastfeeding. In the U.S. about 16 percent and in Canada about 25 percent of babies meet the suggested guidelines. In the UAE, it is closer to 35 percent by the most recent statistics I could find and this will likely rise fast under the new law.

I’m a feminist. I get the same frightening images that you get when you think about what could happen to women under the UAE’s new laws: indeed a husband might be able to sue his wife for not breastfeeding their baby. There are all sorts of civil liberties aspects that bother me and must be examined, especially because it is the Middle East where women have not been allowed the freedom of controlling their bodies and their lives like we have in North America.

Yet, for a minute, let’s put aside our squeamishness about these aspects and consider some of the other aspects of the law. For instance, the clause also states that if a woman is physically unable to nurse she should use a wet nurse.

While it doesn’t make clear who is going to pay for that wet nurse, it does do something particularly important: it begins to puts an economic and social value on nursing. As well, it responds to the science of the benefits of nursing: it is better for babies to have breastmilk than formula, even if that breastmilk isn’t from their mother. In another part of this Rights of Children law, it states that the mother is entitled to medical coverage while she is pregnant and after birth.

Yet again, a bold move on behalf of the government as it moves towards recognition that healthy babies depend on healthy mothers and recognizes that the government has a responsibility in both.

That, then, is at the crux of the issue. It is easy as a writer and a feminist to find the faults with a law that forces women to do anything: even when that thing is beneficial to the woman, child, and society as a whole. As an American and a woman—frankly—it makes me cringe.

The hard thing is to begin to extrapolate the lessons from this law that other, free-er countries, especially the U.S. and Canada might learn. In this case, North America—and our women and children—would really benefit from understanding that our abysmally low breastfeeding rates, our high maternal mortality, and even many of our chronic diseases such as diabetes and obesity are not accidents and they are not problems brought on by “bad parenting.”

Indeed, inherent within America's decision to not take a stronger stand for paid maternity leave, real breastfeeding support, baby-friendly hospitals, universal healthcare, and protection from environmental toxins is an inherent attitude that it is not the responsibility of government to care for their citizens but rather a luxury of the few that can get the best information and afford the best care.

Sure, we are free in North America to make all sorts of decision about what we want to do with our lives, but if what we WANT is to actually provide our children with the healthiest life and future it is nothing less than a gargantuan, expensive, and self-directed task.

The Green Mama book is being published in June! Sign-up to learn more, be entered for the chance to win a free copy, and get other helpful tid-bits delivered directly to your inbox. 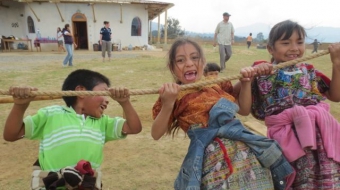 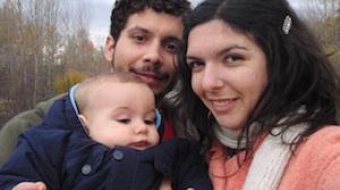