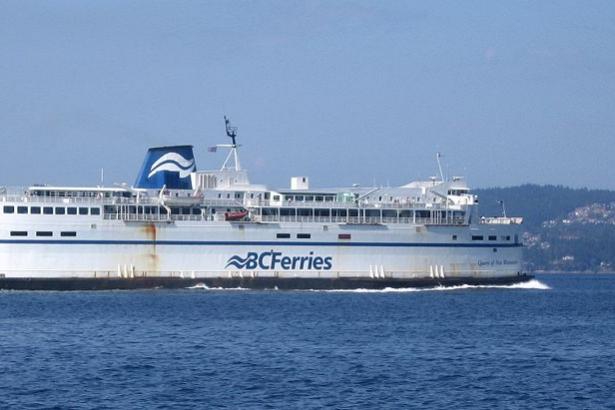 I always thought that the most annoying thing about BC Ferries' Wi-Fi service was that I could never figure out how to get on the network from my Blackberry. But thanks to a Freedom of Information request, I now know that even if I'd managed to get online, I wouldn't have been able to access sites that give information about "sex-ed or abortion."

I look at these types of websites a lot to research blog posts. For example, I turn to the websites for the Abortion Rights Coalition of Canada and the Pro-Choice Action Network when I'm writing about attacks on Canadian abortion rights. I've spent a lot of time on the Options for Sexual Health website to get information on sex education access in BC. These sites and many others have a great wealth of information on a range of sexual health issues.

The FOI request revealed that BC Ferries' Wi-Fi service also blocks sites involving hate speech, pornography, illegal activities, media piracy and sites that suck up a lot of bandwidth (like file transfer sites, in addition to the "sex-ed and abortion" category).

But, wait. Abortion services are legal here, and sex education isn't just legal: it's been part of our province's school curriculum for decades. BC Ferries' explanation is that these sites might have inappropriate pictures on them with BC Ferries spokesperson Deborah Marshall telling CKNW: "Again, BC Ferries is a family show. We are offering free Wi-Fi and if customers want to view other sites that interest them, they can do it on their own time and on their own property."

I'm not impressed with that rationale. If they want to block every legal site that might potentially have a picture that might offend a parent, they're going to have a lot of blocking to do. How about news sites that have graphic pictures of violent events? Are they blocking sites that discuss animal testing because there might be images that provoke strong negative emotions?

A few years ago, when I used to work at public libraries, the policy was always to let people browse the internet freely unless someone complains or you notice someone browsing pornography or something else illegal, in which case, you were to ask the patron to kindly move to a computer with a privacy screen to not bother other patrons. This was under the assumption that we don't know why they're looking at the material; they could be doing legitimate research.

I'm not suggesting BC Ferries has the same obligation to fight censorship as libraries do, but it seems to me that rather than blocking a whole category of websites that share legitimate, legal and important information, it would be a lot better to just have a policy asking people to avoid looking at sites that may contain nudity while their screens are viewable by other passengers. You could have a warning pop up when people log in to the Wi-Fi and let passengers know that if they're looking at an unblocked site that has graphic pictures, they'll be asked to leave the site or stop using the Wi-Fi for the remainder of the trip.

That way, we're not stopping ferry passengers from accessing the same types of information being dispensed in doctor's offices and Career and Personal Planning classes across the province. That is, if BC Ferries doesn't really care about blocking the text on the sites – just nudity. As David Eby, Executive Director of the BC Civil Liberties Association, told Postmedia: "Certainly, there are questions about appropriate use. You don't want someone surfing pornography in front of other passengers... But what does B.C. Ferries care if someone is learning about sexual education during their ferry ride?"