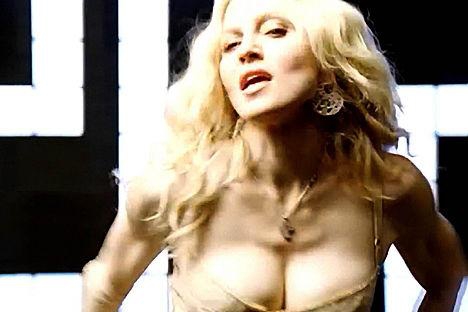 Some people assume that learning about history is a boring exercise focused on memorizing names and dates that famous men did famous things. But Becki Ross’ entertaining and engaging new book Burlesque West: Showgirls, Sex and Sin in Postwar Vancouver blows this assumption out of the water, as well as other popularly held beliefs about striptease, morality, and the image of Vancouver itself.

Ross is Chair of the Women's and Gender Studies Undergraduate Program at UBC and the book is a culmination of 11 years of research, including 50 first-person interviews with dancers, club-owners, booking agents, and others involved in the business of striptease and burlesque in Vancouver. Her book and the stories of her narrators have a lot to say about Vancouver.

Burlesque West paints a vivid picture of the from 1945 to 1980 when Vancouver’s striptease and burlesque scene was flourishing as a result of a local gender imbalance (male resource workers significantly outnumbered women in Vancouver), geographic proximity to Las Vegas which led to it's nickname "Vegas North", favourable working conditions for dancers, who could make two to three times as much as women in other sectors, and restrictive liquor licensing that increased the illicit allure of the nightclubs. “The acts included some of the biggest names from the States,” says Ross, “Tempest Storm, Gypsy Rose Lee, and Lili St. Cyr all performed in Vancouver.”  She also outlines the diversity of the industry, challenging an assumption that dancers fit into a certain type:

“There were white dancers and dancers of colour, large and small dancers, young and older dancers, dancers from low-income & middle-class families; dancers who were mothers; a deaf dancer, lesbian & bisexual dancers, male to female transsexuals,” Ross says. Reading Burlesque West reveals dancer and club owners’ diverse experiences and how issues like racial stratification and geography (East vs. West-side clubs) shaped their performances. You’ll also hear incredible stories about dancers’ lives and performances, including incredible gimmicks such as one dancer who had a trained parrot who flew around the stage plucking off articles of clothing.

Ross also challenges the tendency to ignore the reality of striptease and burlesque as labour. Her book contains a thorough analysis of the benefits and hazards dancers faced in their employment. She found that dancers saw themselves as artists, innovators, and risk-takers, resisting the stereotypes and stigma levelled at them by police, policy-makers and the general public, many of whom saw them as “menace to the stability and health of the nation.”

But despite the stigma, dancers and the striptease industry had a huge economic impact. “Striptease greased the city’s economic engine,” argues Ross. “It was an extremely viable industry that employed thousands – not just dancers and managers but also costumes, makeup, musicians, cops to enforce liquor and morality laws, and attorneys to defend against charges.”

However, Ross contends the important economic and social role of striptease and burlesque in Vancouver has often been deliberately overlooked out of fear it might tarnish the history of Vancouver and its image as a “clean, spanking, upwardly mobile space.”

Today there are only three clubs left and dancers face the devaluing of their work and increased pressures to have physical contact with patrons, i.e. through lap dancing. But a neo-burlesque revival is growing, and Vancouver is the first place it took root. Now local burlesque troupes and dancers like Diamond Minx and Burgundy Brixx are recovering what Ross calls the “tease factor” of the post-war burlesque dancers, showcasing 1950s glamour on stages around Vancouver, though they can’t make a living from it and almost all have other jobs.

The stories and background in Burlesque West gave me a new appreciation for the neo-burlesque shows, as well as a more full understanding of the history of the city in which I’ve lived most of my life. Burlesque West is an entertaining and thought-provoking must-read for anyone interested in gaining a richer understanding of Vancouver and the sexual rebels and non-conformists who helped make it what it really is today.