There are almost as many synonyms for rain as there are rainy days in a Vancouver year, which on average is 166.   That’s five and a half months of gray days that swallow mountains, and cloud even the sunniest disposish.  Seasonal Affective Disorder sends people to tanning salons and other sources of UV rays.  Everyone wears black, as if in mourning for the lost light.

Vancouver gets about 44 inches of rain a year – almost four feet.  But this isn’t the wettest city in the world by a long shot.  In fact we don't even crack the top ten.   Henderson Lake, on the west coast of Vancouver Island, clocks in at Number Eight, with 256 inches a year.  And Cherrapunji, on the Bangladeshi border north of Dhaka, is awash in almost 500 inches a year.

Of course with the rains come the umbrellas, some of them as large as a small country.  There is a code of etiquette for people who use umbrellas, which includes not poking other people in the eye and not hogging the part of the sidewalk under the awnings.   Most umbrella-wielders are unaware of this code, so I prefer to wear a hat and have both hands free to fend them off.

The thing is, you will get wet in the rain in Vancouver.  That’s because you are not so much under the clouds as among them.  We live in a rainforest, and moisture is simply ambient most of the time.  But you can dress for rain without resorting to a sou’wester or Gore-Tex from head to toe.

Practical and stylish, hats are back in vogue, especially among the hip, ironic set. Trenchcoats and topcoats are better than rubber raincoats, and they cover everything from jeans to evening wear, although you do run the risk of looking like a foreign correspondent.  Boots are good.  And I’m also told that waterproof mascara is a must.

Dogs enjoy the rain, just like they enjoy chasing balls, eating, sleeping and rolling in disgusting smelly things.   And the rain does wash away a lot of what dog owners fail to pick up.  But wind and wet do make doing almost anything a bit more of a bother, and tennis, grilling and sunbathing almost impossible.

But imagine Vancouver without the rain.   Just think of your lawn in August. Rain softens all the edges and turns everything green.  It nourishes the earth and washes pollutants from the air.  And it sure makes us appreciate the sun when it does return. 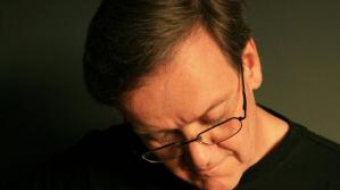