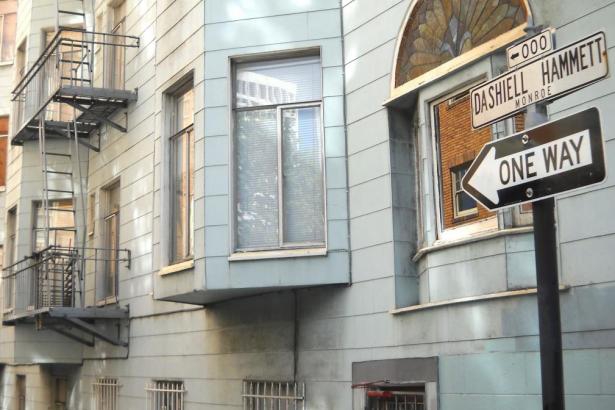 San Francisco is a city of contrasts. It was named for a saint but it’s always been full of sinners. Just a few blocks down Hyde Street from the swank hotels of Nob Hill are the greasy bars and sidewalk drug deals of the Tenderloin. The weather is duplicitous, even in high summer. A bright blue California day vanishes in a few minutes when the damp white fog rolls in from the Bay, chilling your bones like the fingers of death. Even the city's "anything goes" attitude is at odds with California's conservative ruling class.

For me, San Francisco (never ‘Frisco) was the city where Dashiell Hammett and Sam Spade went about their business. Where the conductor hollered “’Round the curve, round the curve,” as the cable car lurched around the corner of Powell and Jackson. Where we awoke Sunday mornings to the joyous music coming from the Union Spring Baptist Church next door. Where the streets went either up or down. Where there were earthquakes and beatniks and writers like Steinbeck and Kerouac and Herb Caen... 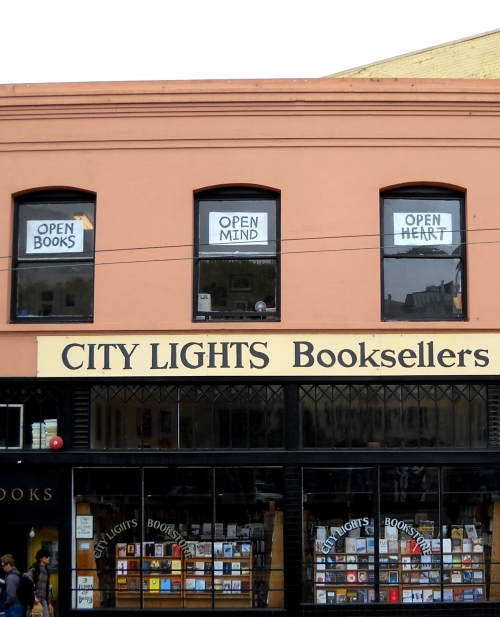 When I arrived in 1966, writer and book store owner Lawrence Ferlinghetti was being prosecuted for publishing Allen Ginsberg’s poem Howl, while just up Columbus Avenue, people were lining up at the Condor Club to gawk at Carol Doda’s “twin 44s”. A year later all anyone knew about San Francisco was Haight-Ashbury and the Summer of Love. And Carol Doda. I left about half-way through – it was getting crowded, and the weather was cold and damp.

Forty-four years later the weather isn’t much better as we check into the hotel on Union Square, chosen partly because it’s just a cable car ride up Powell Street and down to the waterfront. Except there are no cable cars. All three lines are idle for the first time in 27 years. Every one of the 40 cable cars is in the shop for a major overhaul.

Of course the next best thing is a street car along Market. Like Coronation Street’s Roy Cropper, I have a thing about trains, streetcars, trams – anything on tracks. In 1983, a group of people even crazier about trains than me put on the first San Francisco Historic Trolley festival. By 1995 the popular summer event had grown into what is now the year-round Market Street Railway. 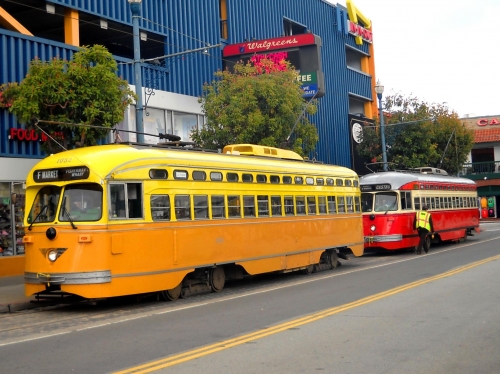 The rolling stock on the F Market-Wharves line is made up of fifty streetcars brought in from all over the world – Milan, Toronto, Brooklyn, Blackpool – each one restored and painted in its original colours. The route goes along Market Street from the artsy enclave of Hayes Valley to the Embarcadero, which was an elevated freeway until the 1989 earthquake. Now it’s like Granville Island on a grander scale – with a public market and one of the best aquariums in the world.

The Aquarium of the Bay is aptly named. The non-profit marine centre is at the forefront of conservation of the Bay area and its watershed. The highlight of the visit was a 300-foot glass tunnel leading through a 700,000-gallon tank filled with more than 20,000 marine creatures native to San Francisco Bay, including sharks, rays and shimmering silver schools of anchovies. It was like being safely submerged in the middle of San Francisco Bay, only with better lighting. 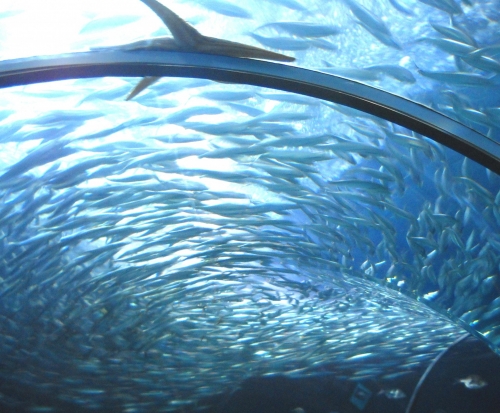 Among the marine life in the Bay are some of the tastiest oysters around. Check out Hog Island Oysters in the Ferry Building, and try their Hog Island Sweetwater oysters, grown on their farm at Tomales Bay north of the city. For a more literary nosh, try John’s Grill on Ellis Street. It’s where Dashiell Hammett liked to eat (not far from his place at 891 Post Street), and it’s full of Hammett photos and memorabilia, including the black bird, the dingus – the Maltese Falcon itself. Try the Fisherman’s Pasta –enough linguine, salmon, shrimp, snapper, mussels and clams for two.

There isn’t much colour on the downtown streets. Even the tourists are drab. Litter swirls around as the wind eddies up and down the streets. Happily, City Lights bookstore thrives. So does Carol Doda's lingerie shop up the street. But Borders Books is boarded up, as are other storefronts downtown. The big department stores like Neiman Marcus, Tiffany, Nordstrom and Prada are practically deserted. In chinos and sandals, we’re the best-dressed people on the street. There are plenty of panhandlers, but hardly any people pushing shopping carts full of cans. The preferred vehicle is the granny cart – easier to haul up the hills. 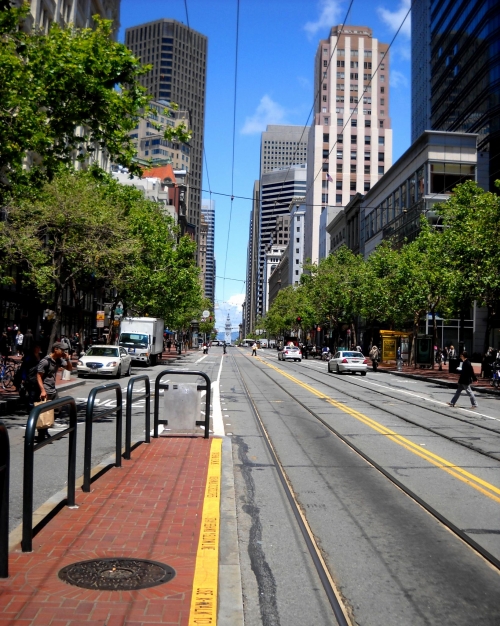 A trip to Golden Gate Park is less than wonderful. The city bus ride through the Fillmore and Haight districts makes the Hastings Street run in Vancouver seem benign by comparison. And the park itself looks shabby and untended. The Strybing Arboretum was particularly sad. Nothing was in bloom. There were no gardeners and no evidence of any maintenance having been done recently, except for an ancient tree cut into rounds where it lay beside the path.

Like most American cities, San Francisco has been faced with the choice of raising taxes or cutting services to balance the budget. Like most American politicians, the Board of Supervisors voted to cut $306 million worth of services in their balanced budget presented this month, including across-the-board departmental cuts of 20 per cent. The deficit for the next budget year, which begins July 1, will be more than $350 million.

Rain fell hard the day we left, washing down the hills and spilling over the curbs in determined rivulets. The last time it rained this much in June in San Francisco was 1967. I think that’s where I came in...

The rain returns. We can either cower under our umbrellas, or embrace one of the defining features of our city.
Paul GrantSep 26th, 2011
Speak up about this article on Facebook or Twitter. Do this by liking Vancouver Observer on Facebook or following us @Vanobserver on Twitter. We'd love to hear from you.