The promise and peril of a road trip 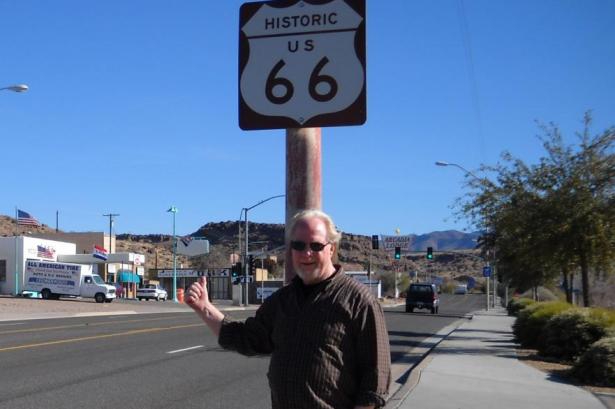 Get your kicks but don't pick up hitch-hikers

On Saturday, March 19, an older couple named Albert and Rita Chretien hopped into their Chevrolet Astro van and headed south from Penticton on Highway 97.  They crossed the Canada-US border at Oroville, Washington on their way to a trade show in Las Vegas.  Later that afternoon they stopped for gas in Oregon.  And that’s the last anyone has heard of them.

Last July, Marie and Lyle McCann set out from St. Albert, Alberta in their motor home for a trip to see their daughter in Abbotsford.  They planned to make a few stops along the way.  Their motor home was found torched in a campground near Edson, Alberta.  There is a suspect in their disappearance, but the McCanns have yet to be found.

Tragedies such as these are relatively rare.  But the fact that they happen at all strikes fear in the heart of every geezer planning a road trip.  Most of us grew up with cheap gas.  And while prices at the pump may top $1.50 a litre this summer, driving is still the preferred method of travel for most of us.

Let's face it -- air travel sucks.  Buses are better than they used to be, but still only slightly less cramped and airless than your average 727. Passenger trains in this part of the country are thin on the ground, and very expensive.

The private automobile, on the other hand, is the very essence of independent travel.  You can come and go when and where you want, carry most of what you need and take side trips as the spirit moves.

Quite a few geezers dream of taking extended road trips -- weeks or even months.  A lucky few actually manage to do it.  A friend e-mailed me from "...hot and humid..." Corpus Christie, Texas.  She and her husband take a six-month meander every year in their kitted-up van.  Another friend, age 68, is heading down to the same general area with his wife and granddaughters.  They’re driving, and while he’s aware of the dangers inherent on the road, he says that they are far outweighed by the pleasures.  Also, my friend is a pragmatist, and knows that the clock is ticking.

"I feel this is the time to take this trip," he says simply, "as I may not be capable of it a few years later."

Inspired by these people, my wife and I are planning a year-long circumnavigation of North America in a Roadtrek - a sort of hotel room on wheels that's easy to park.  Along the way we'd take every side trip that seems worth taking, check out all the historical markers we usually breeze by and find out as much as we can about where we are and who lives there. So far we're at the dreaming stage, what with Roadtreks costing upwards of $50,000. But the rest of it doesn't have to cost much more than day-to-day living.

The thing about travel, though, is that sooner or later you have to put your trust in strangers, and sometimes even come to their aid.  It's human nature to want to help.  But is that guy really stranded at the side of the road?  Or is he a thug with a bunch of pals hidden in the weeds, waiting to pounce on the first Good Samaritan who stops to help?  Are the friendly couple at the next campsite really serial killers on a spree?  If we give in to that kind of paranoia, then what’s the point of leaving home?

Geezers love to travel in the shoulder seasons – spring and fall – before schools let out and convoys of families hit the road.  Empty highways are a treat.  But isolation and opportunity make for some dangerous situations.

Take a cell phone with you when you hit the road.  Keep it charged.  If you see someone who may be in trouble at the side of the highway, stop and offer to call 911 for them, but don’t necessarily give them a ride to the next town.  Socialize with people you meet in a neutral, public area – the picnic ground of the campsite or a cafe close by.   Don’t give them too much personal information right off the bat.  And don’t pick up hitch-hikers.  I say this despite having criss-crossed North America on my thumb as a kid.  It's a different world.

Travel smart.  Keep your eyes and ears open.  Trust your intuition.  Expect the best but assume the worst.  Have a really swell time and please come back and tell us all about it.

The rain returns. We can either cower under our umbrellas, or embrace one of the defining features of our city.
Paul GrantSep 26th, 2011
Speak up about this article on Facebook or Twitter. Do this by liking Vancouver Observer on Facebook or following us @Vanobserver on Twitter. We'd love to hear from you.