Last Tuesday the Vancouver Area Cycling Coalition (VACC) hosted its third successful Business for Bikes Celebration Station, at the Vancouver Art Gallery beside the new Hornby St separated bike lane. This week the event moves to Gastown for carolling and Christmas spirit in recognition of the Carrall St. Greenway nearing completion; creating another Class A bike route in the city. The Celebration Station will run from 2-5pm on Wednesday, December 22, at Carrall and Water St. outside of Chill Winston's restaurant. At 4pm the station will feature Christmas carollers, singing songs such as "Rudolph the Red-nosed Bike Light" and other seasonal favourites... with a cycling twist.

Cyclists and pedestrians who stop by the stations will be able to enjoy refreshments and enter into prize draws from supporting shops. Partnering bicycle retailers will be displaying 2011 bike models as well as winter riding gear. People are encouraged to fill out Thank You cards which will be given to businesses along the new separated bicycle lanes that will give positive feedback and demonstrate the value in having more bicycle infrastructure.

With the new Hornby Separated Bike Lanes now open cyclists have been quick to begin using the lanes on their daily commutes. Last Tuesday's station generated such a buzz that cyclists and pedestrians nearly covered the entire north-west plaza in front of the Celebration Station facing the Hornby Lane. "I'm excited about the bike lane, it will make people feel safer. I look forward to using my bike as transportation," commented Marianne Ussner who walked by the station to enjoy some hot chocolate and join the cheerful crowd.

Many local businesses are supporting the event and realising the safer cycling infrastructure will be of benefit to them."We welcome more bike lanes, as they give people easier and safer access to shopping areas, which often have very limited parking," commented Tomoko Nakakoga, owner of Social Fabric, a downtown business.

The VACC's Business for Bikes seeks to create a robust group of businesses that openly support cycling; to supply businesses with the tools and resources to reach the cycling consumer; empower employees to ride safely and confidently; and help create a more vibrant community and local economy. The program has just released the Marketing to Bicyclists Guide, available now, free to any business who is interested in increasing their appeal to cyclists. 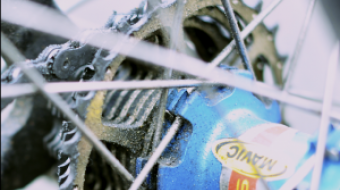 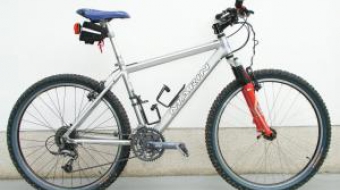 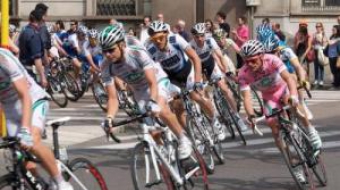