Recently, I went out for a few drinks with a couple of friends. I suggested that we try somewhere in the neighborhood because I like to support nearby restaurants. My friends agreed, and off we went.

It was about 8:00 on a Friday night. When the four of us showed up, the restaurant was very busy. Every table was occupied. Understanding that we would have to wait, we stood patiently by the door and waited for a server to approach us.

It was several minutes before we were acknowledged by the staff. It was several more before a server approached us. I expected one of them to come over and apologize for the wait, maybe offer to take down our names for the next available table. In my experience, that’s what you do. Even though it is out of your control, you walk over to the customers at the door and say,

“I’m sorry for the wait. We will have a table ready for you shortly.” In other words, “Please don’t go. I live off my tips.”

I don’t expect my feet kissed, just a simple but professional act of courtesy.

When a server did approach us, she went in a completely different direction. “We’re full right now, so it will be at least half an hour, alright?” And then she left.

While I wasn’t expecting her to come up and offer me a hug, neither did I expect to be addressed like the Jehovah’s Witness who had interrupted her dinner. Basically, she said “In case you are either blind or stupid, we’re busy. Now go away.”

We stood there for a bit, trying to understand what had just happened, when the other server came over and basically said the exact same thing. So our reception was “Go away,” followed by “Why have you not left yet?”

Now, I’m not going to name names. That would be unfair outside the context of a full review. Besides, the point is not about this one restaurant. Nor is the point that Vancouver servers are all rude. Some are, yes. But many are hard-working, courteous, and professional. The point, in fact, is much more complex.

The above story is not necessarily unique. I would argue that all of us have experienced bad service from time to time. And yet, how do we react? Do we tip anyway, bound by a sense of social obligation, and continue to patronize restaurants despite the lack of hospitality? Or do we actually treat the tip as a gratuity, withholding it, as well as our future business, in response to poor service?

Remember, that place was packed. Obviously, the people already sitting down were willing to tolerate that level of service. And it’s not just there either. I don’t know about you, but I’ve been witness to plenty of head-scratching moments in restaurants all over the city.

Perhaps another example. Recently, I went for dim sum. We ordered our food and only after we had nearly finished eating did our last dish arrive, nearly stone cold. It had obviously sat on the pass for quite a while. When the server dropped it off, she basically said “Yeah, I forgot this.” And she left.

There was no “Can I get you a new one?” or even a sincere “Oops.” It was as if she had done us a favour by remembering it at all. I know, it’s not a big deal, but it was the cavalier attitude which struck me. Anyone can make a mistake, but nobody has to be a jerk about it.

For years, a 15% tip meant that you were very satisfied with the service. The server needed to earn that 15% with courtesy and professionalism. The tip was a way of communicating, functioning much like a comment card just between you and the server (unlike an actual comment card which is read by management).

Today, it is expected that you will tip closer to 20%, no matter what. For example, many places have an auto-tip for large parties and it is often in the neighborhood of 18-20%.

Over the years, the standard gratuity has increased, and yet standards for service have not necessarily improved over that same period of time. By my estimation, standards may have actually declined. So what exactly is the function of a tip? Are we rewarding good service or helping to pay the server’s wages? If the latter, then isn’t that an odd arrangement? It’s like going to a store, buying a shirt, paying for it, and then paying the sales person’s commission on top. Weird.

When I was paying for our meal at the dim sum place, I actually left a decent tip despite the service. I didn’t feel socially obligated. Rather, I tipped because I knew that we would eat there again and I didn’t want to be known as the cheap guy who doesn’t tip. Realistically, I doubt they’d remember me if I wore a sign with my name on it, but I don’t want to take that chance.

I worked many years in the restaurant industry. I know what it’s like. There isn’t much money to go around. The hours are long and the work is hard. Servers have to share their tips with the kitchen and bar. Some owners and managers actually skim from their gratuities. They sometimes call it a “house charge.”

What many diners fail to realize is that servers are typically required to tip out on what they sold, not what they made. So if it’s policy to tip out 2% to the kitchen and 2% to the bar, then for an evening where you sold $1,000 worth of food and drink, you owe the kitchen and bar each $20. On the other hand, if you go out to a restaurant and spend $100 without leaving a tip, the server just lost four bucks on your table.

So what exactly is the function of a tip? Perhaps more importantly, do tips still carry the same message they once did, or are they more of a social convention? Do you tip to reward the server or to avoid looking like a jerk? Are we too forgiving of poor service? Are we even able to tell good service from bad?

Over the coming weeks, I’ll be asking Vancouverites these questions. I also welcome your thoughts on the topic. Maybe I’m right. Maybe I’m nuts. Either way, this is a conversation that we, as a city, badly need to have.

How much do you tip? Do you feel compelled to tip, no matter what? Would you frequent a place despite the service?

You can email me with your stories and/or opinions about service and tipping in Vancouver. The most compelling stories will be featured in upcoming posts.

I’ll also be interviewing members of the hospitality industry for their perspectives. Check back soon for the next installment. 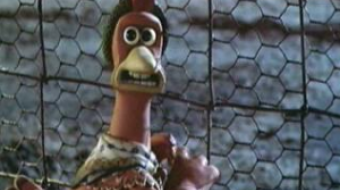 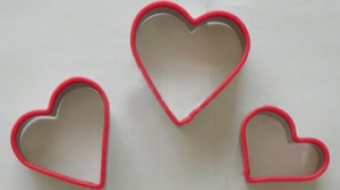 This Valentine's Day, skip the roses and try this easy but impressive three-course recipe to win your lover's heart.
Jessica HardyFeb 9th, 2012

Locals enjoy the Vancouver-only experience of eating traditional Scottish haggis in a historic Chinese restaurant.
Jenny UechiJan 28th, 2013
Speak up about this article on Facebook or Twitter. Do this by liking Vancouver Observer on Facebook or following us @Vanobserver on Twitter. We'd love to hear from you.