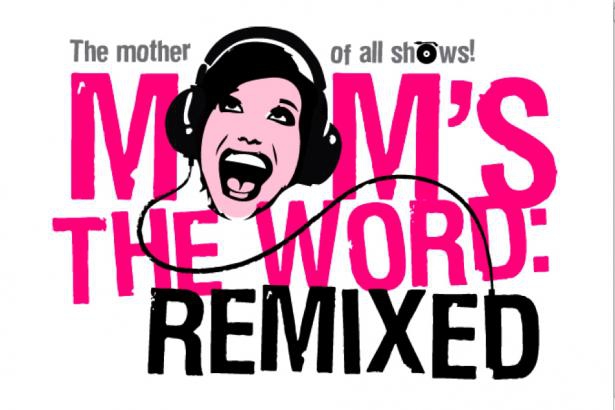 When Mom's the Word came to Vancouver back in 1993, the show's writers and creators (Linda A Carson, Jill Daum, Alison Kelly, Robin Nichol, Barbara Pollard, Deborah Williams) had 12 children between them, all under the age of six. The show was humorously relatable, whether you were a parent or not, with a universal message about love, commitment, and family that struck a chord wherever it went, selling out shows all over the world.

Twelve years later,  their children now in their teens, came Mom's the Word 2: the ladies proved they still have what it takes to put together one of the funniest, heart wrenching, intimate shows to hit the stage.

They don't miss a beat with Mom's the Word: Remixed (an amalgamation of the first two shows, starring Jill Daum, Beverley Elliott, Alison Kelly, Barbara Pollard, and Deborah Williams) moving easily from humour to drama to tragedy and back to humour. The play gives a hilarious inside view on relationships surrounding motherhood.

The show opened with a musical number introducing us to the cast and setting the tone for what we might expect over the following hour and a half.

A mock birth, sleepless nights, diapers, husbands, hospitals, embarrassments, bad habits, periods, teens and sex: nothing was off limits in the script, and the audience ate it up.

Lines like, “Rise, rip, roll, rub, release!” set the audience into fits of laughter. Without giving too much away, let's just say they'd moved on to the teen years at that point.

There were so many golden moments in this show that I had trouble picking the best of the evening.

The play isn't just for moms either: the men and young adults in the audience were having just as much fun. Two men in particular sitting near the front of the stage were continuously wiping their eyes from laughing so hard. There were some very touching moments as well, carefully placed and beautifully timed to allow you to live in that moment but not allow you to linger there too long.

The Revue Stage was the perfect venue for this intimate show and allowed for a much more personal experience. The set design was clever and well thought out.

All of the content is based on personal experiences of the writers or those of their friends: all true stories. Perhaps that's one of the reasons the show has such an appeal as a no holds-barred glimpse into the lives of real women.

Mom's the Word: remixed is at the Revue Stage on Granville Island until June 23

See www.artsclub.com for tickets and times.