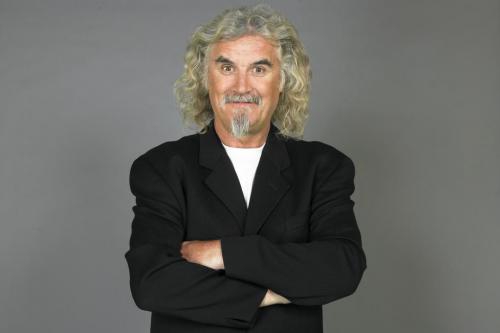 A friend and I catch the Billy Connolly show the other night at the Queen Elizabeth Theatre. We stop for a quick beer before the show but it's clear we're both much too anxious to get to the theatre to really kick back and relax. We've been waiting for this for months.

We throw back out drinks and head out into the cold towards the theatre. There's an icy wind and mountains of snow on the ground but it's hardly noticeable under the adrenaline of anticipation.

The lobby of the theatre is buzzing with rosy cheeked revellers sharing stories of the last time they caught Connolly live. “The Man Live”, not a recording, the man live-ith and be-ith here in person.

The write up says, “ninety minutes without intermission” so it's a quick visit to the washrooms then off to the bar for quick shots and knuckle bumps.

Two and a half hours of continuous laughter later, our cheek muscles have spasmed and froze into ear to ear grins.
“ Holy fuck, look at the time”, bursts Connolly. He doesn't break stride but goes straight into another half hour of hilarious monologue,  faster, and funnier as the night goes on.

Even when the obnoxious guy at the back of the room crashes into his routine with drunken outbursts Connolly keeps it moving: “You're spoiling the flow ya ass. I can finish the story but the flow's gone”, then bam, right into the next story: brilliant!

We're pleasantly exhausted when we leave the theatre and blissfully tumble home recalling our favourite moments in the show.

I'm not sure if its possible to get a season's pass to the Queen, but with a line-up of shows they've had so far this year, it sure would be a sweet deal.